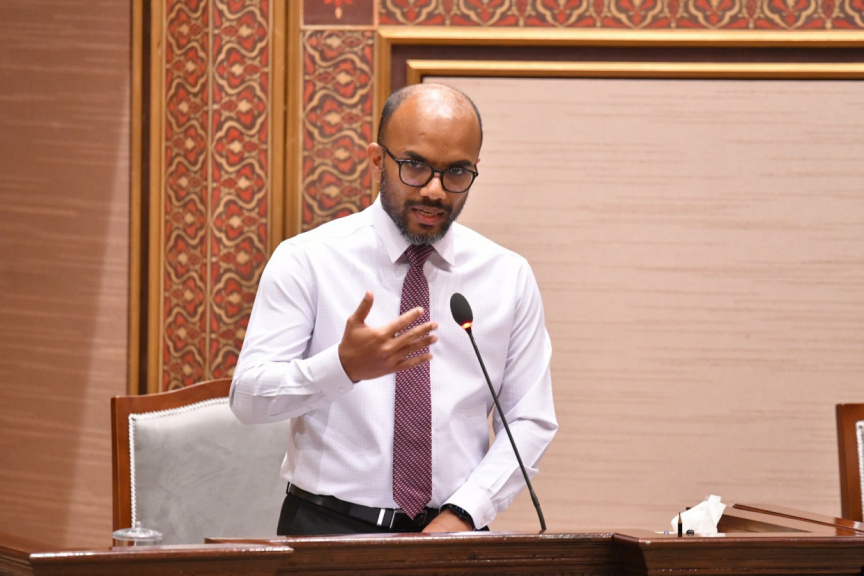 The government is pushing to raise the GST from 6 percent to 8 percent, and the TGST from 12 percent to 16 percent.

The bill, sponsored by Ihavandhoo MP Mohamed Shifau, is currently being reviewed by the Whole-House Committee.

Ameer, who has summoned to the Parliament to answer questions on Monday morning, appealed to MPs to pass the bill intact.

At Monday’ sitting, Dhiggaru MP Ikram Hassan asked Ameer why it is necessary to raise the tax rates if the economic situation “isn’t that bad”.

He said the government has always taken necessary action based on the situation.

“For example, during Covid, we took necessary action back then based on counter-cyclical fiscal policies and expansionary fiscal policies. We had to increase expenditure and engage in efforts to pump the market. In order to prevent businesses from going bankrupt and find a way for businesses to survive,” he said.

Ameer said that the global inflation rate has increased, with countries like the United States seen raising its interest rates.

It has closed many of the doors to international financial assistance to Maldives, he said.

Ameer said that he counts Maldives as one of the luckier countries post Covid-19 pandemic, with the economy growing by 41.6 percent in 2021, and by around 13 percent in 2022.

“But the expenditure continues to rise. There is basic infrastructure that needs to be built in many Maldivian islands. We therefore need to find ways to generate income domestically. This is what international financial institutions such as World Bank and IMF are advising,” he said.

“What happens then is the economic growth rate drops further. It is my sincere appeal to pass the bill on GST and TGST as it is,” he said.

The Maldivian Democratic Party (MDP)’s parliamentary group – which holds a supermajority at the Parliament – had passed a three-line whip to pass the bill last week. However, some MPs are opposed to passing the bill without debate or discussion.