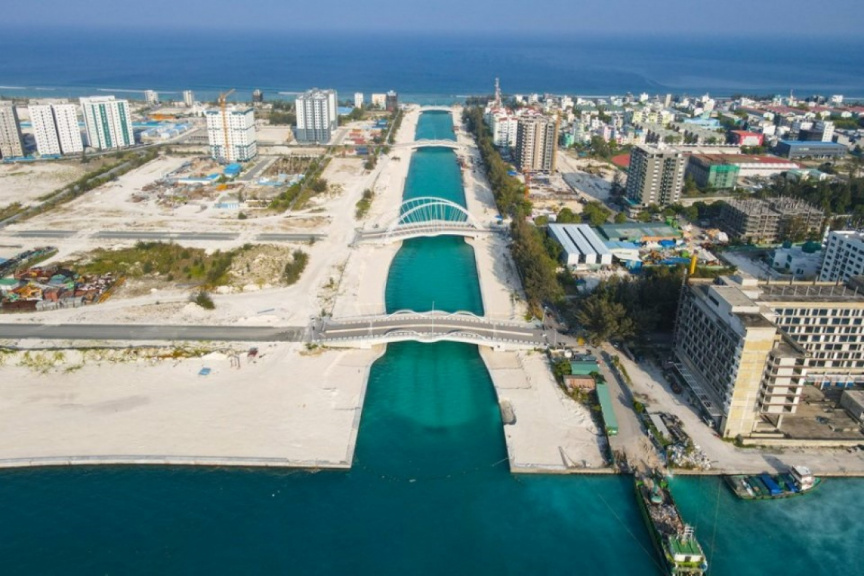 An aerial shot of Hulhumale'. (Photo/Xinhua)

A total of 35,861 applications were submitted for land plots and flats under the ‘Binveriyaa’ and ‘Gedhoruveriyaa’ schemes, opened for Male’ residents in June.

The government’s decision to issue land plots for Male’ residents for free has been the subject of criticism by many, citing preferential treatment for the natives of a certain island as unjust.

Male’-Gulhifalhu to be linked via bridge next year