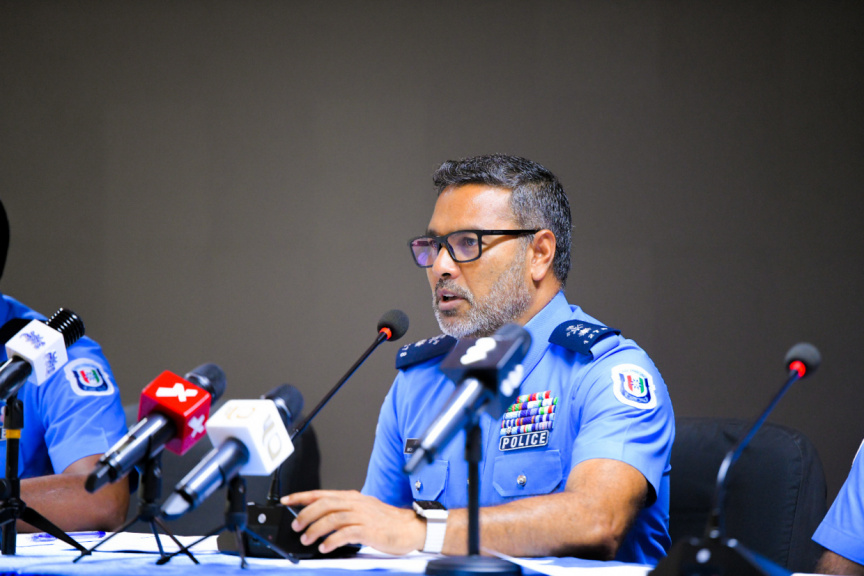 Police said Saturday that they find some of the information provided by the Ali Mohamed, who had travelled with the young man from Addu who went missing in early October after the speedboat they were travelling on capsized, to be inconsistent with their investigative findings.

Ali and Mohamed Minhaj, 28, Minha, S. Hithadhoo, had left from Male’ City to AA. Ukulhas on a speedboat at approximately 01:00 pm October 6.

On October 7, police found the capsized boat off AA. Maalhos. Ali had swum to AA. Feridhoo.

“We immediately began collecting information, and called his family and friends,” he said.

Basheer said the police expanded their search after collecting information from Ali, with Marine Police and AA. Atoll Police collaborating for search and rescue operations focused on the area where the boat capsized, and an investigative team deployed to AA. Atoll.

“The team is composed of officers from Serious and Organized Crime Department, and investigative officers from Central Policing Command’s Maafannu Police,” he said.

Basheer said the search and rescue operation was called off after 78 hours, but the investigation continues.

"Based on the information collected by police from different sources, we do not believe the information provided by Ali regarding the trip is completely accurate,” he said.

Basheer said that according to Ali, they had been on a fishing trip when the boat capsized.

He said that based on the location where the boat capsized, and based on the large quantity of fuel in the tank, the police do not believe Ali is being truthful about the nature of the trip.

Basheer said police found some parts of Ali’s account of the incident suspicious.

“Ali said the boat stopped while they were out fishing. And that the boat capsized due to rough seas. He said that the man who was with him had been stranded alongside him in the sea that night, but wasn’t there in the morning,” he said.