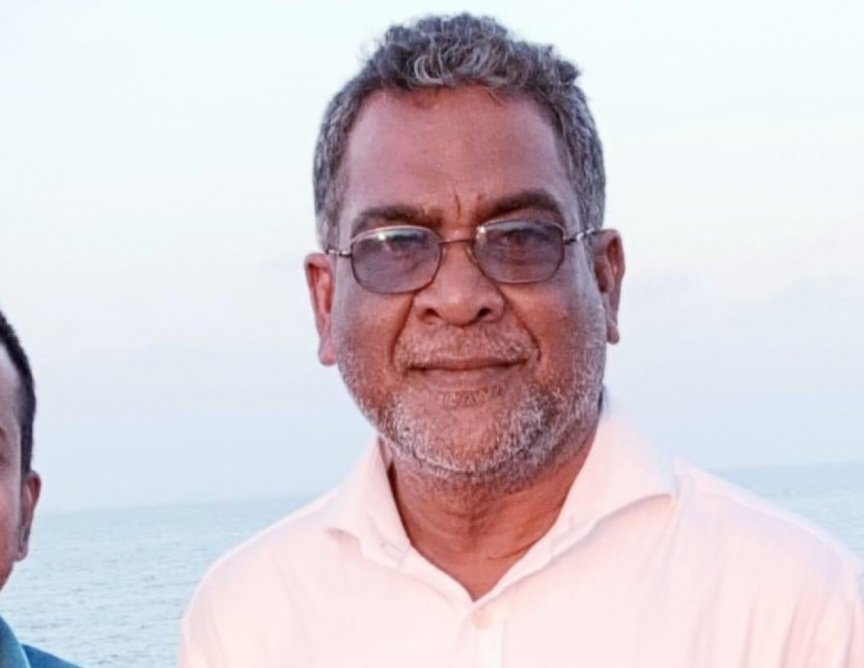 A man who was injured in a traffic collision between two motorbikes in Addu City has passed away in the early hours of Thursday, whilst undergoing treatment.

The deceased has been identified as Ibrahim Hussain, 62, Dhunnika, S. Hithadhoo.

He passed away at approximately 12:29am on Thursday morning, whilst on ventilator support at Addu Equatorial Hospital (AEH).

The motorbike collision took place on Sunday. Ibrahim was injured as he drove by Villa College building under development at Hithadhoo link road, when the motorbike that came from behind crashed onto the one he was driving.

Ibrahim sustained serious wounds to his head in the accident and was brought on to Male’ City for further treatment on the same day. However, as doctors gave up hope, he was brought back to Addu City, and kept on ventilator support at AEH.

Ibrahim’s funeral prayer will be held after Asr Prayer today, at Hussain Moosa Mosque in Hithadhoo.

Worker falls from seventh floor of a building in Male’