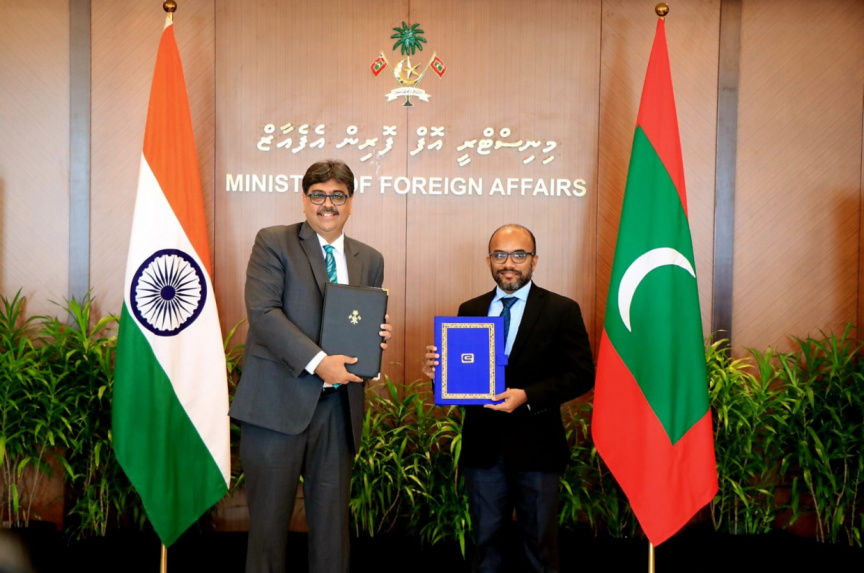 A capture from agreement exchange ceremony between Maldives and India for an additional USD 100 million line of credit held on October 2, 2022. (Photo/Foreign Ministry)

Maldives and India, on Sunday, have exchanged an agreement pertaining to an additional USD 100 million line of credit which will ease and facilitate the numerous ongoing key infrastructure projects in the Maldives.

The agreement was exchanged during a special ceremony held at the Foreign Ministry earlier today, as part of India’s Foreign Secretary Vinay Mohan’s ongoing official visit to the Maldives.

As per Foreign Ministry, the agreement is aimed to ease and facilitate the numerous ongoing key infrastructure projects in the Maldives. They also stressed the agreement to be a testament to the unwavering support and commitment of the Government of India to improving the socio-economic well-being and public welfare of Maldives.

The credit line has been exchanged during a period of time the Maldivian government has stated no further loans would be drawn this year, as the Maldives struggle.