New powerhouse in Utheem after 24 years 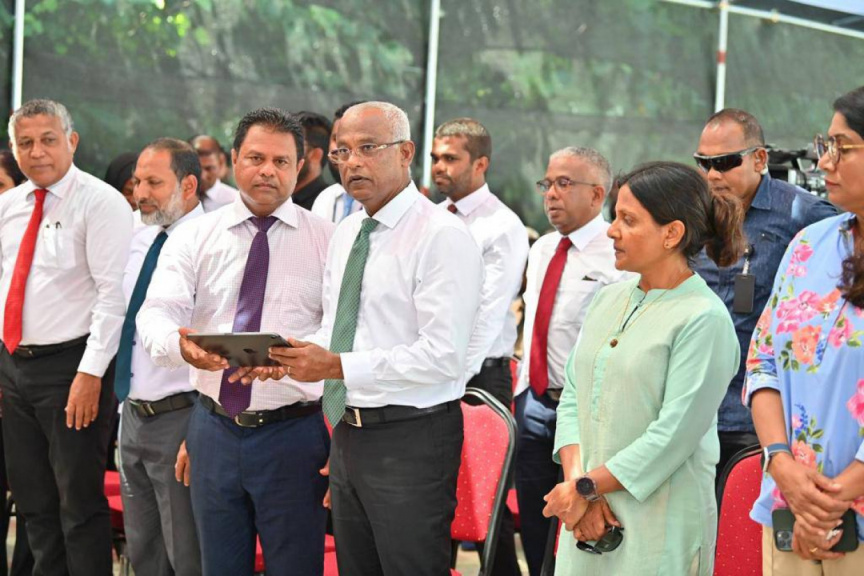 A new powerhouse was officially opened in Ha. Utheem on Tuesday.

The new powerhouse comes after 24 years, bringing an end to years of hardship for residents of the island.

The powerhouse and other offices were officially inaugurated by President Ibrahim Mohamed Solih, who was accompanied by the CEO of Fenaka Ahmed Saeed and other government officials.

While the old powerhouse in Utheem measured only 130 square feet, the new one has a total of 478.89 square feet. The office buildings measure 158.26 square feet.

Meanwhile, the office buildings include a meeting room, reception area, and other general officies.

It was a great concern of the people that the old powerhouse was close to the residential area, hence it was a great relief that the new one is far from houses.

A resident who spoke with Sun from Utheem said that the new powerhouse will make it easy for the people.

"The new powerhouse has come after a long time. Cannot express how much ease we will gain. Very happy that the old ways have gone into history," said a resident from the island.

'New mosque for Utheem included in next year’s budget'