President: Development of mosque in Utheem included in next year’s budget 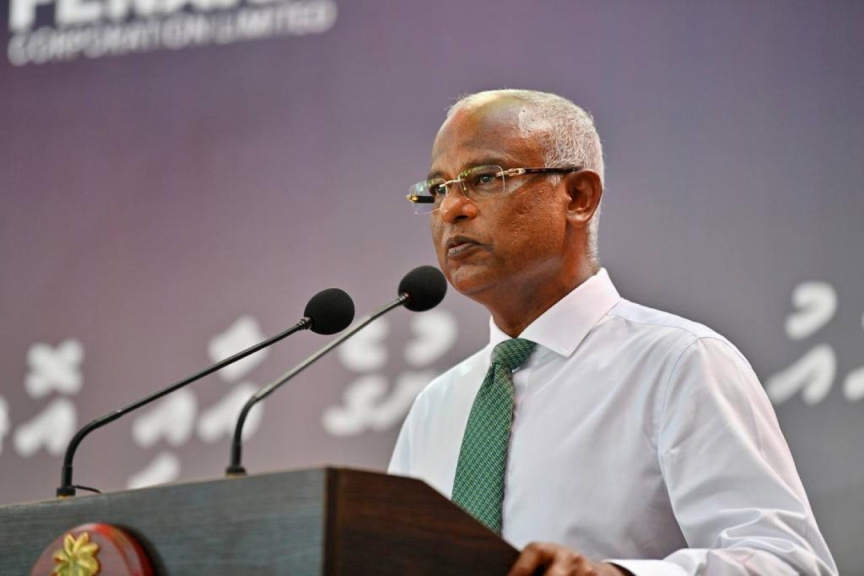 President Ibrahim Mohamed Solih, on Tuesday, announced the government’s decision to include the development of a mosque in HA. Utheem in next year’s budget.

Speaking at a ceremony held to inaugurate the new powerhouse developed at Utheem – President Solih said that government pays attention to address the most impending needs of residents at all islands.

In this regard, he noted that whilst a new powerhouse has been inaugurated at Utheem, physical works were underway on the island’s water system.

“At every island, there will always be matters which calls for development works. Attention is paid to carry out these works as the situation allows, in a manner the people desire,” he had said.

President Solih underscored that the mosque issue in Utheem had been brought to his attention. Following discussions on whether to renovate the exiting mosque or build a new one – he revealed a decision was taken to build a new mosque.

On this note, he said development of a new mosque in Utheem will proceed by inclusion in next year’s state budget.

Speaking further, the President said that eliminating discrimination between people is more important than the government’s manifesto. He assured that development of all islands without discrimination over population – big or small – will always be priority.

In his ongoing visit to four northern islands in the Maldives – President Solih is next destination is HDh. Dhidhdhoo.

The visit is undertaken to inaugurate finished government projects on those islands and inspect the progress of projects currently underway.

Apart from this, the President will meet the councils and Women’s Development Committees of the four islands.