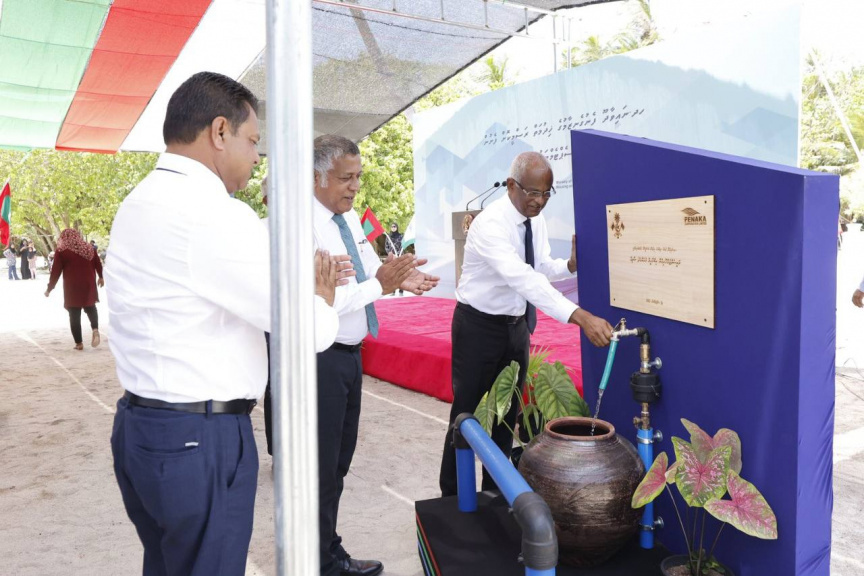 The water system was inaugurated by President Ibrahim Mohamed Solih, who made Naivaadhoo his first stop in a tour of islands in northern Maldives. He was joined by Planning Minister Mohamed Aslam, Fenaka Corporation’s Managing Director Ahmed Saeed, and Hanimaadhoo MP Abdul Ghafoor Moosa.

Locals who spoke to Sun described the establishment of the water system as a huge relief.

“We have always struggled to access clean water. Sometimes we completely run out of water and have to get it from neighboring islands. We have always faced a shortage of water ever since I can remember. I am very happy to have all that end today,” said one local.

The locals took the project as evidence of President Solih’s commitment to serve residents of all islands, even ones with small population like Naivaadhoo.

The contract for the water project in Naivaadhoo was signed between Planning Ministry and SASI Constructions on September 29, 2019. Practical works began on October 20, 2019.

The project was valued at over MVR 15 million.