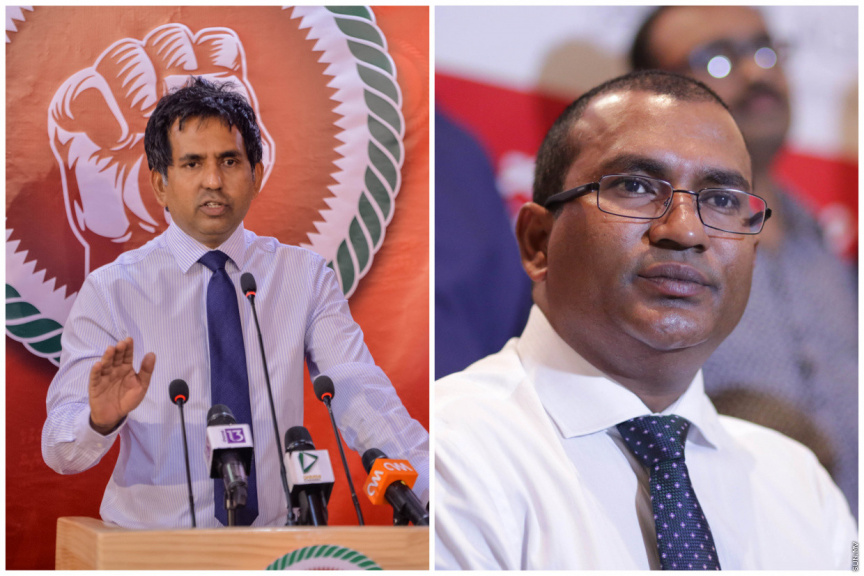 Two former ministers Mohamed Saeed and Ahmed Zuhoor testify defending former President Abdulla Yameen Abdul Gayoom in the money laundering and bribery case in connection to the sale of V. Aarah for resort development has been cancelled as he is ill.

He is accused of misusing his position and taking a USD 1 million bribe to facilitate the sale of Aarah to Yoosuf Naeem, a former parliamentary representative for the Felidhoo constituency, and laundering the money.

During the hearing held on Sunday, the defence brought in three witnesses to prove that documents submitted by the state were not legitimate.

The documents in question were submitted by the state, stating it to be meeting minutes of the Economic and Youth Council during Yameen’s reign.

Noting that the meeting minutes were not legitimate, Saeed said that there were no signatures on the document. He added that normally, those taking part would have signed on such a document.

In addition to the testimonies of Zuhoor and Saeed, the witness statement of former State Minister at the President’s Office Mohamed Mujuthaz during Yameen’s presidency was also taken in the hearing.

All the statements from the defence witnesses have now been taken. As per the presiding Judge on the case, Chief Justice of the Criminal Court Agmed Shakeel said that in the next hearing discussions will be held on the evidence submitted.

This hearing has been scheduled for Thursday, October  6.