Nazim: Only MNP can change the situation, we hear the voices of people 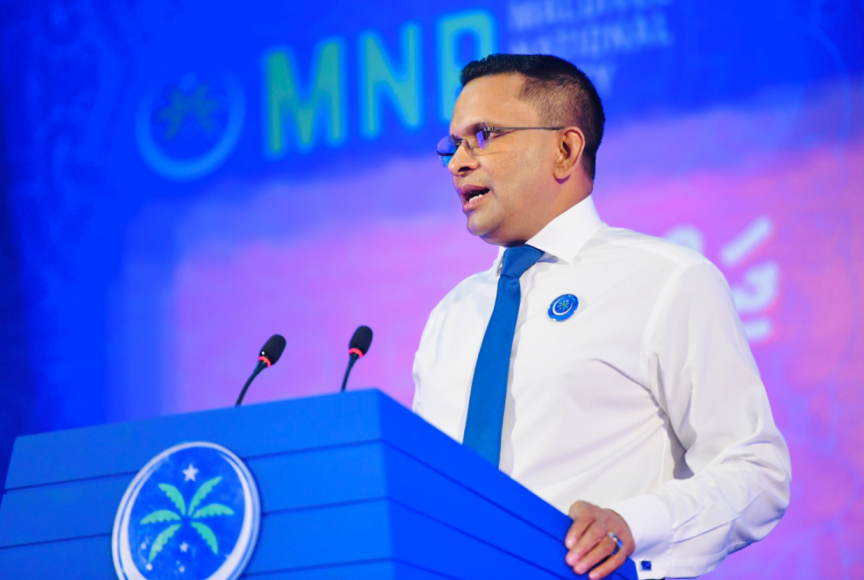 Maldives National Party (MNP)’s leader, Dhangethi MP Colonel (Retired) Mohamed Nazim, on Friday, stated that the country’s situation needs to be changed, and only MNP can do it.

Speaking at a ceremony held tonight to inaugurate MNP’s first congress – Nazim said that the significant increase in social issues in the Maldives has gone unnoticed by all administrations.

Nevertheless, he said MNP sees the situation of the Maldives, and hears the voices of its citizens. He stressed that only MNP can change this situation.

Nazim underscored that the biggest social issue faced at present is the increase in criminal offenses. In this regard, he detailed that criminal gangs were threatening police officers in broad daylight.

“Maldivian police officers are being attacked by gangs. When their cases are probed, they storm police stations with threats,” he has said.

Nazim also criticized the housing projects initiated by different administrations for citizens. On this note, he said that governments have issued land plots from Male’ region to date via nontransparent processes.

Emphasizing that political parties in the Maldives are run in order to protect the interests of certain people – Nazim vowed his party would change this practice.

“In this party, a leader can only remain for two terms. We will not give the chance for anyone to remain in leadership for their entire lives,” he added.

In an earlier statement to Sun, Nazim expressed MNP’s hope to bring out a candidate for the upcoming presidential election for which arrangements were underway.

Stressing that MNP would not serve a certain candidate on the platter – Nazim said that a candidate to represent MNP in the presidential election would be decided in accordance with the party’s congress.

“Should I win in the party’s primary, I will compete in the presidential election,” he added.

Nazim: MNP will face the election by itself and win