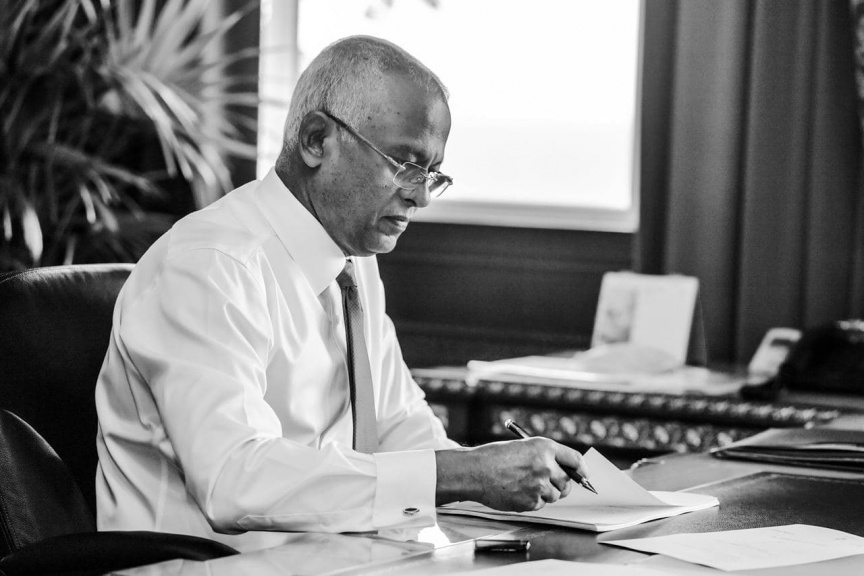 President Ibrahim Mohamed Solih, on Wednesday, have ratification to the bill proposing amendments to the Tourism Act to resume the implementation of Green Tax.

The 12th amendment to Maldives Tourism Act was passed by the parliament earlier today, at the 16th sitting of its third session by the unanimous vote of all 50 parliamentarians who participated in the vote.

The amendment which was passed to the Tourism Act prior to this states Green Tax will be enforced upon tourist resorts, hotels, tourist vessels, and guesthouses starting from next year’s January.

It was passed by the Parliament at the 22nd sitting of its second session for the year held on June 30. President Ibrahim Mohamed Solih ratified the amendment on July 4.

The aim of the amendment was to mandate Green Tax upon hotels and guesthouses similar to resorts.

However, with the ratification of the amendment, Green Tax that was already being collected from resorts came to halt.

Therewith, the latest amendment mandates the immediate application of Green Tax on all tourist establishments.

It also stipulates that tourism establishments that had continued collection of the Green Tax since the ratification of the 11th amendment to the law must file their tax returns and pay the tax to the State unless reimbursed to the taxpayer.

In addition to this, the amendment states that funds collected as Green Tax from parties who do not fall under the purview of the law or collected more than the prescribed amount must be paid in full to the State unless reimbursed to the taxpayer.

Following ratification, the amendment has been published in the Government Gazette and is in effect.