Azim: RTL is a system which freed people from the jails they were in 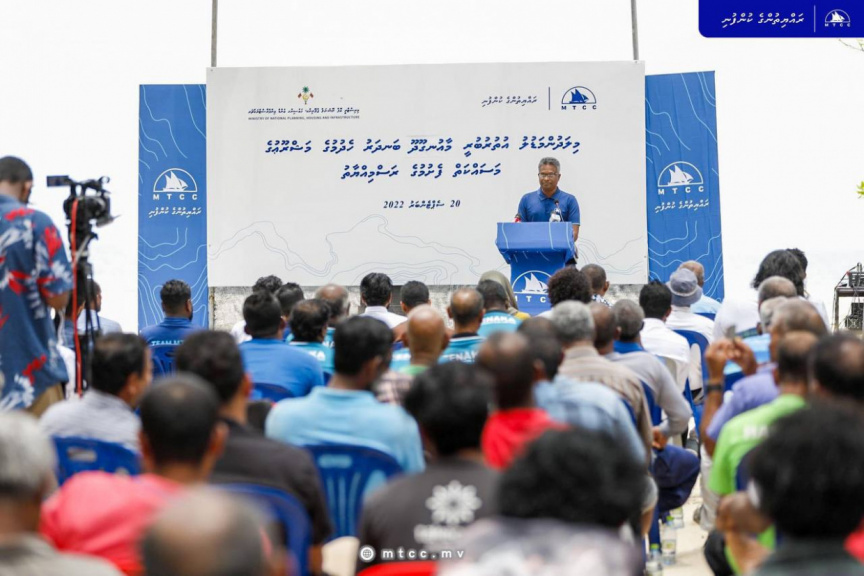 Maldives Transport and Contracting Company’s (MTCC) CEO Adam Azim has stated that Raajje Transport Link (RTL) is a system that freed people from the jails they were in.

Azim made the remark whilst speaking at the ceremony held on Tuesday at Sh. Maaungoodhoo to commence physical works on the harbor development project at the island. In this regard, he said that the current administration had saved Maldivian citizens from the jails they were in.

Noting that he was aware of the complaints the public has regarding the RTL system – Azim assured that efforts will be undertaken to address them.

Azim stressed that difficulties faced by citizens that do not possess smartphones in purchasing tickets will be addressed.

MTCC commenced minibus service under the RTL system in Male’ City on September 5. The service was launched with 18 minibuses, eight of which have ramps and designated spaces for wheelchairs. The bus for people with disabilities will have 20 seats, while other buses are all 22-seaters. Up to 10 people can travel standing up on the buses.

Meanwhile, the company provides high-speed ferry services at Haa Alifu, Haa Dhaalu and Shaviyani Atolls under the RTL system, as part of the ‘Integrated National Public Ferry Network’ which aims to connect the Maldivian islands through a high-speed ferry network. This is an electoral pledge of President Ibrahim Mohamed Solih.

The company, on last Thursday, contracted Al-Shaali Marine Maldives Private Limited to manufacture and supply 65 speedboats required for the implementation of phase two and phase three if the project which interlink the remaining atolls in the nation.

'We will connect entire Maldives in next 24 months'