Fisheries improve after some time in some regions, no way to weigh catches 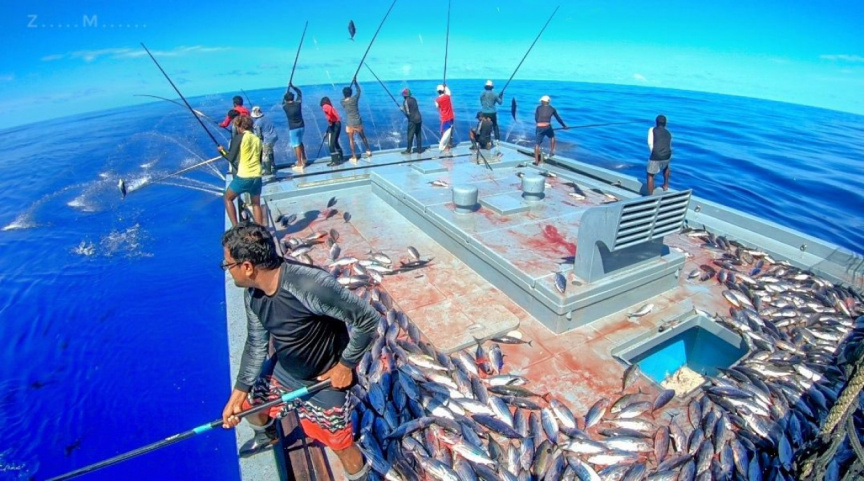 Difficulties in weighing the daily catches of fishermen have resurfaced once again as fisheries improve across some Maldivian regions after some time.

Local fishermen report that improvement in fisheries this week after the heavy rain period which presided over the last three months. A fisher who spoke to Sun from GA. Gemanafushi said that fisheries have improved in the area recently, following which shortage of ice and difficulties in weighing catches have resurfaced.

“Some vessels have been forced to throw away their catches subsequent to not being able to weigh it, or sell them at a price of lesser value. We are only getting only two tons of ice after queuing for two to three days,” the fisher had said.

HA. Ihavandhoo Council President Ahmed Sobah said that fisheries have improved in the northern region of Maldives as well.

“The 19 fishing vessels in this island have departed to fish. None of the vessels are docked in the lagoon,” he added.

“There is no facility nearby the island to weigh fish. A vessel came one day (to weigh fish). But it reached capacity the same day,” he stressed.

A high fishing season in southern Maldives also prompted difficulties to weigh daily catches back in April. In a statement back then, Fisheries Minister Dr. Hussain Rasheed Hassan revealed plans to procure an additional vessel to increase MIFCO’s fish weighing capacity to address the issue.

Chagos must be safe from destructive fishing practices