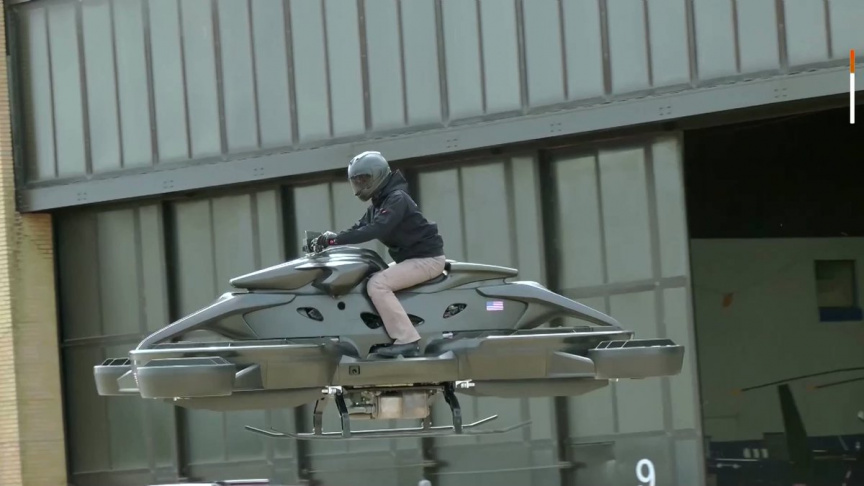 The XTURISMO makes its debut in the United States at the Detroit Auto Show. (Photo/Reuters)

The hoverbike, the XTURISMO, made its debut in the United States last week at the Detroit Auto Show.

According to a Reuters report, the bike is capable of flying for 40 minutes and reaching speeds of up to 100 kilometers per hour.

A video clip shared by Reuters on Twitter shows a person taking off the bike and maneuvering it mid-air, before carefully landing it on the ground.

Japanese startup AERWINS has developed the world's first flying bike. It's already on sale in Japan and a smaller version is slated for a U.S. release in 2023 with an estimated price tag of $777,000 pic.twitter.com/7hFc0ctplR

Thad Szott, the co-chair of the auto show, was one of the first to take a test drive.

He shared his experience in the video.

“I feel like I’m literally 15 years old and I just got out of ‘Star Wars’ and jumped on their bike.” “I mean, it’s awesome! Of course, you have a little apprehension, but I was just so amped. I literally had goosebumps and feel like a little kid.”

The hoverbike is already on sale in Japan and according to Reuters, a smaller version will be available in the US in 2023 for USD 777,000.

Shuhei Komatsu, the company’s CEO, told Reuters that the company hopes to get the cost down to USD 50,000 for a smaller electric model by 2025.

Trump backs deal to keep TikTok operating in US

In the spirit of Whitney: Hologram tour set to begin