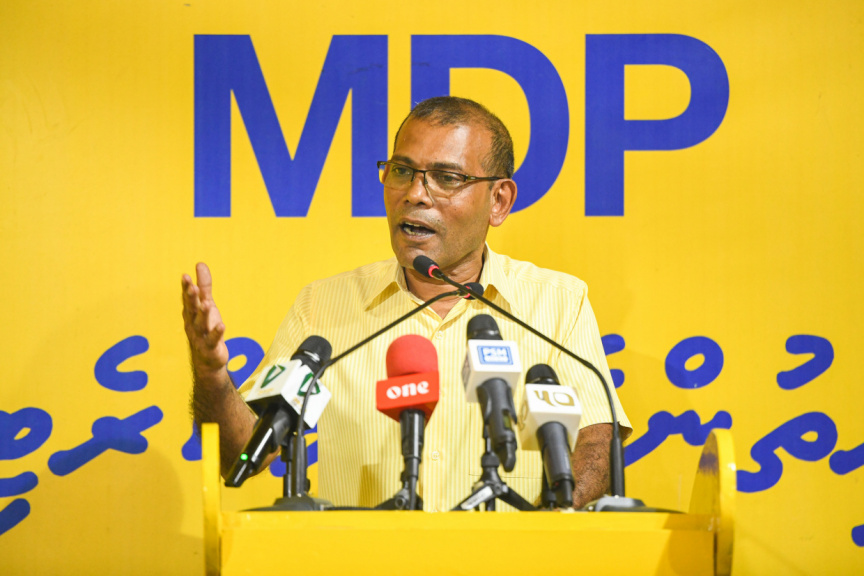 Speaker of the Parliament and former President Mohamed Nasheed on Tuesday stated that people migrate to Male’ for entertainment as there is not much to do on their islands.

During Tuesday’s Parliament session, MP for Thoddoo constituency Hassan Shiyan filed a motion to bring attention to the alleged discrimination in providing electricity to the businesses in Male’ region versus the other islands.

The motion claimed that the businesses in islands in AA. Atoll, Adh Atoll, Vaavu, and Kaafu where Steclo provides electricity, and other islands where Fenaka Corporation is in charge of electrical services were charged higher rates.

It also noted that the differentiation in charges applied to the businesses in Male’ and other islands has negatively impacted small business owners.

During the debate on the motion, Hulhumale’ MP Ali Niyaz said that ensuring the developing of small businesses on islands and supporting people residing on islands, by being involved in these businesses was the grant plan of the government.

Moreover, it was noted that small businesses on islands such as guesthouses, dive centres, hotels, restaurants and local shops have been complaining about the differences in billing charges applied to them for electricity.

The businesses have stated that due to the higher rates, the profit they gain is low, and some are even running on loss.

The motion further said the small businesses have voiced their concerns on various platforms as well.

The MP highlighted that this year alone, about 1,500 children newly migrated to Hulhumale’.

“The question is whether education is not up to the standard in those islands or health services are not adequate or they don’t see the possibilities of employment after studying.”

Additionally, he said that it was important, especially when state institutions provide a service to do so in a manner that leads to more employment and people remaining on islands as a result.

In response to this, Nasheed who was presiding over the session said that lack of entertainment and things to do on islands was among the reasons why people migrate to Male’.