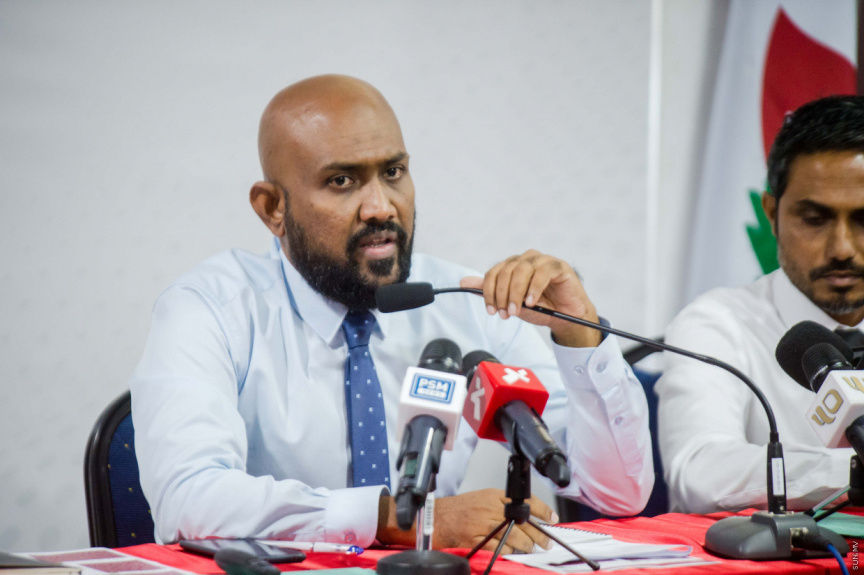 Anti-Corruption Commission (ACC) on Tuesday stated that the investigation into the alleged corruption case of R. Dhufaafaru Council disclosed by the Local Government Authority (LGA) was going ‘full-speed’ ahead.

The case was lodged at the commission on July 21.

On August 8, ACC announced their decision to probe the case against Dhuvaafaru Council.

Senior Communication Officer at ACC Nishan Mohamed said that the investigation was proceeding at full speed, and added that currently, a team from the commission was in Dhuvaafaru as well.

The team that travelled to Dhuvaafaru on August 25 have been gathering and studying relevant documents as well as questioning those connected to the case.

Nishan went on to note that the commission will be looking into the details pertaining to different financial transactions as well.

A special monitoring report compiled by LGA showed that over MVR 2 million were transferred from the personal accounts of some of the council members and other employees from the council budget.

Moreover, the report stated that Dhuvaafaru Council was not acting in accordance with any of the laws dictated by the Decentralization Act and other regulations set through it by LGA, the Finance Act of Maldives or other laws and regulations related to finances.

It also noted that the councillors failed to keep up with their responsibilities, and keep proper documentation as legally mandated.

Police advice public to be vigilant amid uptick in scam