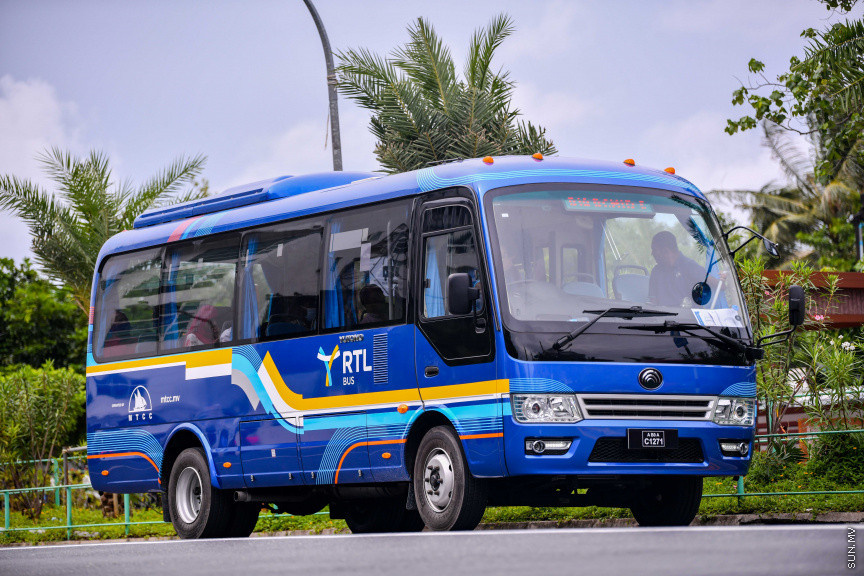 In a tweet on Monday evening, President Solih said the launch of mini bus service under the Raajje Transport Link is another step in the efforts to enhance the integrated national public transport network.

“This service will offer ease to residents of the populous Male’, and will be further developed,” he said.

The RTL mini buses will travel in 10–15-minute intervals from 05:45 hours to 00:15 hours on three routes; the Ameenee route, the Sosun route, and the Orchid route.

However, the first two weeks will be a trial round, with commuters allowed to travel on the bus for free.

Once the two-week trial period is up, commuters will need to book QR tickets via RTL’s website or mobile app – RTL Travel.

RTL Travel app is available for free download from AppStore and PlayStore.

The mini bus service is free for school students in uniform, people above the age of 65 years, children under the age of three years, and people with disabilities.

The lack of proper public transport system within Male’ has been a years-long issue facing the congested capital, forcing people to get their own vehicles – further escalating congestion and traffic issues in the city.

Many experts believe the solution lies in a good public transport system.