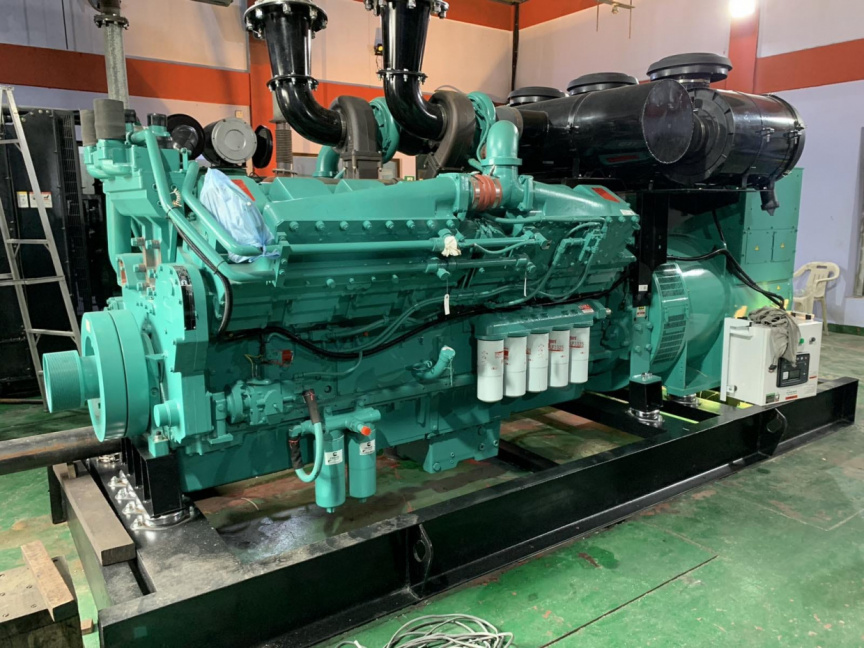 A new 1200-kilowatt generator has been installed at Dh. Kudahuvadhoo as part of efforts to improve electricity services provided for the residents of the island.

The service provider, Fenaka Corporation said that the new generator and a generator synchronizing panel were dispatched to the island, both, which have now been installed. They also noted that upgradation of LV and HV network of the island has been completed to solve the voltage drop issues currently faced.

They also detailed that 3,407 meters of cable have been laid down, with the installation of four transformers, five rings, one main unit and the replacement of 25 distribution boxes.

Fenaka’s Managing Director Ahmed Saeed Mohamed told Sun that increasing the network capacity at Kudahuvadhoo became mandatory due to the existence of an operational airport on the island as well as the practice of many economic activities. Therewith, he said the island’s network has now been upgraded to a high voltage network.

“We have upgraded our network to a capacity able to fully power the entire airport. Due to this, the residents would feel at ease and guaranteed on two matters. One is the access to electricity required for the infrastructural development of the island. The other is having the guarantee that there will no longer be constant power outages,” he detailed.

Noting that many infrastructural development projects were underway at Kudahuvadhoo – Saeed said that the most pertinent difficulty faced in carrying out this work has not been solved. In light of this, he appealed to Kudahuvadhoo residents against refraining from making any investments or carrying out any work citing lack of electricity.

Fenaka’s target is to complete 85 percent of their project currently underway to improve electricity issues across different islands.

Saaed provided assurance that this goal will be reached.