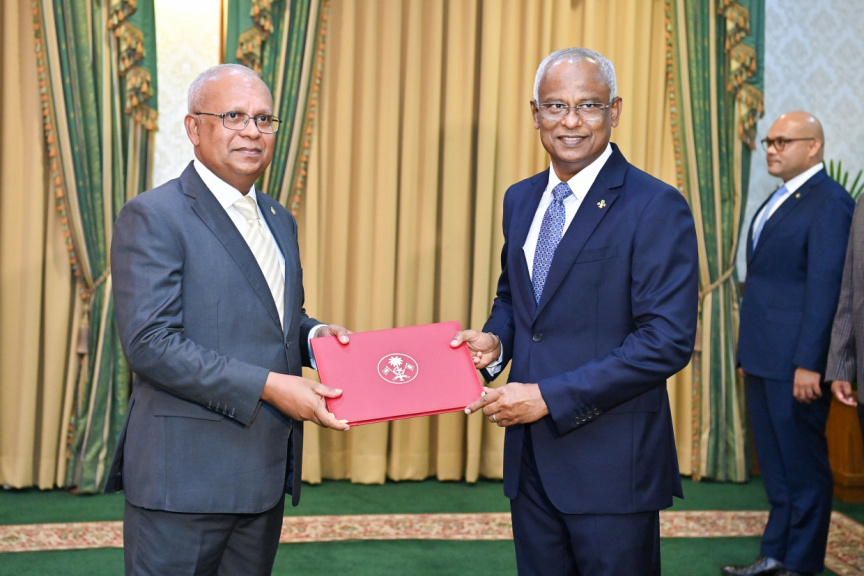 Thasmeen was presented his letter of credence during a special ceremony held at the President’s Office earlier today, by President Solih.

Parliament approved the appointment of Thasmeen to the as the High Commissioner of Maldives to Singapore at a sitting held on June 30.

Thasmeen holds a bachelor’s degree in Economics from the University of Warwick, United Kingdom. He has previously served as the as the Minister of Atolls Administration, Minister of Home Affairs, and as a Member of Parliament and the Deputy Speaker of Parliament.

He contested in 2008’s presidential election as then-president Maumoon Abdul Gayyoom’s running mate. However, he resigned from DRP and signed to Maldivian Democratic Party (MDP) in 2013.

Thasmeen’s wife, Visam Ali was serving as the Ambassador of Maldives to Malaysia until her resignation back in April. She did not disclose a reason for her resignation.