Symbol of Hulhudhuffaaru, palm trees on main road cut down 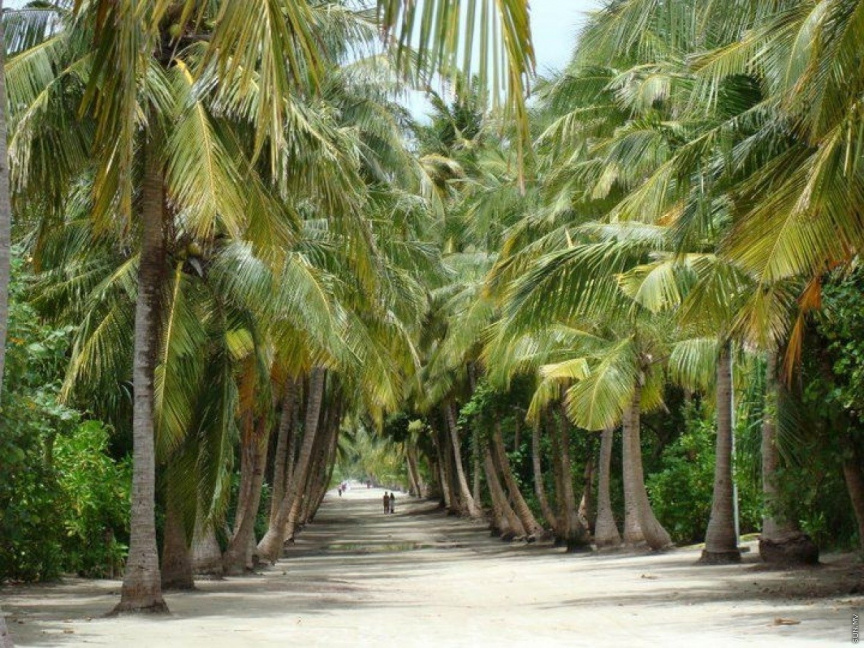 A large number of palm trees planted on the roads of R. Hulhudhuffaaru have been cut down for the development of the roads up to modern standards.

The massive palm trees planted on both sides of Hulhudhuffaru’s main road is the island’s symbol, and the secret to the island’s popularity.

Commenting on the matter, Hulhudhuffaaru Council President Mohamed Athif told Sun on Friday that as a task under the scope of the road development project at Hulhudhuffaaru, efforts were ongoing to cut down plants on the island’s roads in way of the project.

Athif said that a total of 304 palm trees inclusive of the palm trees on the main road have been cut down.

“With the permission of the Environmental Protection Agency, these 304 palm trees were cut down,” he added.

Athif said that the residents did not have much concern regarding the cut down of plans for the road development projects.

“The palm trees have been there for approximately 25 years. Some of them are very old, and frail,” he had said.

1 arrested in Hulhudhuffaaru over quarantine violations