Barge collides into Hulhudhuffaaru petrol shed, shattering it beyond use 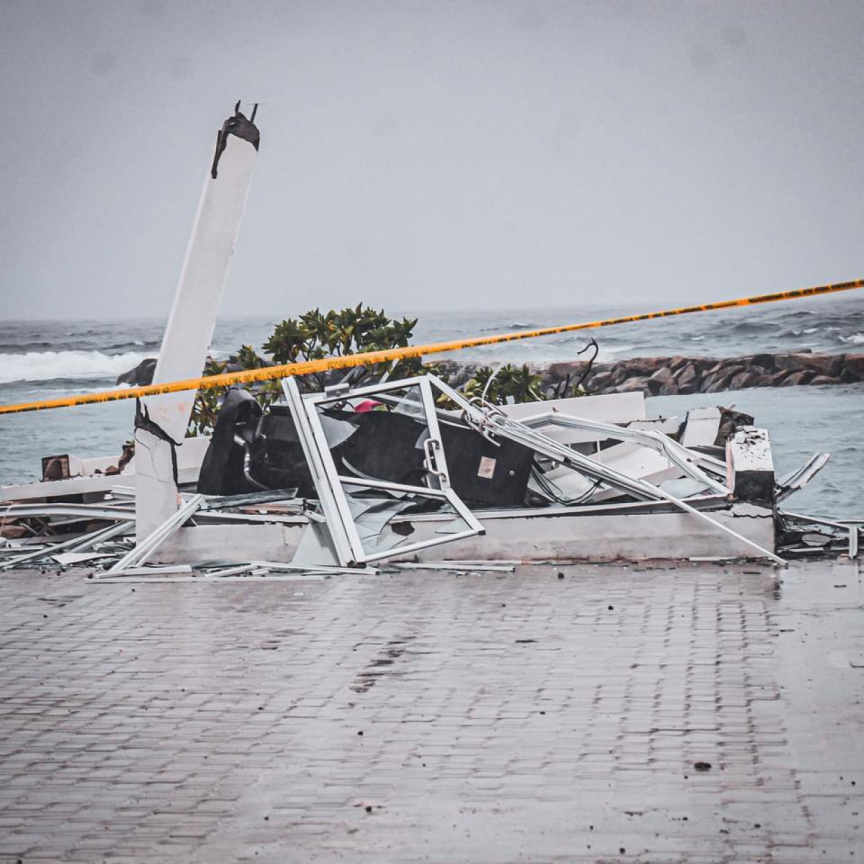 The ramp of a barge carrying a highmark amidst trying to dock at R. Hulhudhuffaaru harbor collided into the island’s petrol shed – shattering it completely beyond use.

Hulhudhuffaaru Council President Mohamed Athif told Sun that the incident occurred at approximately 11:00am this morning.

“The ramp was drawn when the barge entered the island – and even when it was trying to dock at the harbor. This is actually not permitted. Because the weather was bad – even they had not been able to pay as much as attention as they should have,” he detailed.

1 arrested in Hulhudhuffaaru over quarantine violations