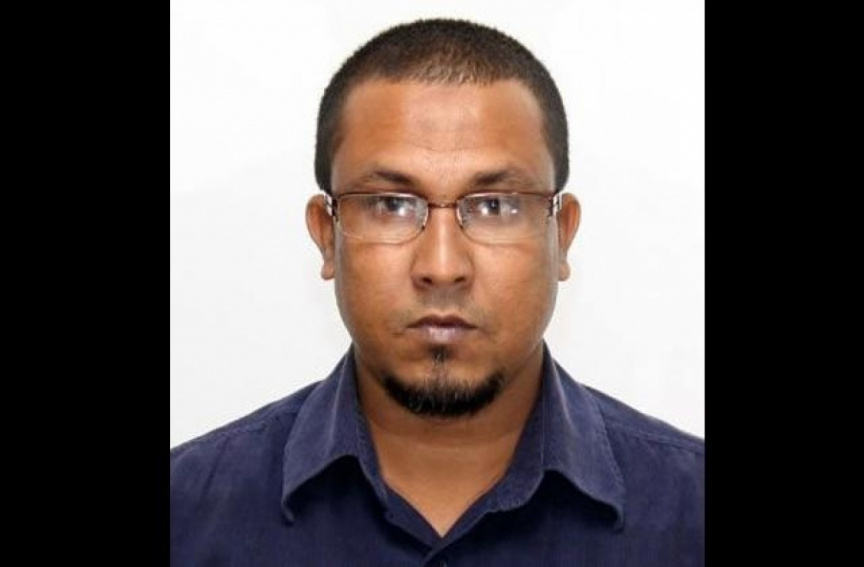 Ibrahim Shahid, Maafarivaage, B. Thulaadhoo, who was found guilty and sentenced to five years in prison for extorting MVR 18 million from the joint account of Sheesha owners.

High Court, on Thursday, has sentenced the man who was found guilty of extorting MVR 18 million from the joint account of Sheesha owners opened at State Bank of India (SBI) to five years in prison.

The man who was found guilty of extorting MVR 18 million from a joint account opened by Sheesha’s owners at SBI by submission of false documents is Ibrahim Shahid, Maafarivaage, B. Thulaadhoo.

Although Criminal Court had acquitted him on charges of fraud raised against Shahid in connection to the case – High Court overturned the ruling on Thursday, finding him guilty 11 years later.

The general penalty for the charges against Shahid is imprisonment for three years, two months and 12 days. However, High Court had increased the penalty by three folds – with reference to the loss incurred by the victims due to his crime.

The prosecution’s charge against Shahid in connection to the case read that the money extorted from the joint account in SBI belonging to Ahmed Hassan, H. Sheesha Villa, Ibrahim Husham, Ma. Husham and Hussain Husham, Ma. Husham – owners of Sheesha who are also siblings – by submission of false documents were transferred to an account opened in the names of Shahid and Mohamed Abdul Bagir, Nooraaneeaage, B. Thulhaadhoo in SBI.

It was noted that the money was transferred to their accounts throughout November 9, 2011 and November 20, 2011, on different days.

Inclusive of SBI staff, a number of people were charged in connection to the case. However, the charges have now been withdrawn.

Judge Shuaib to retire on November 22