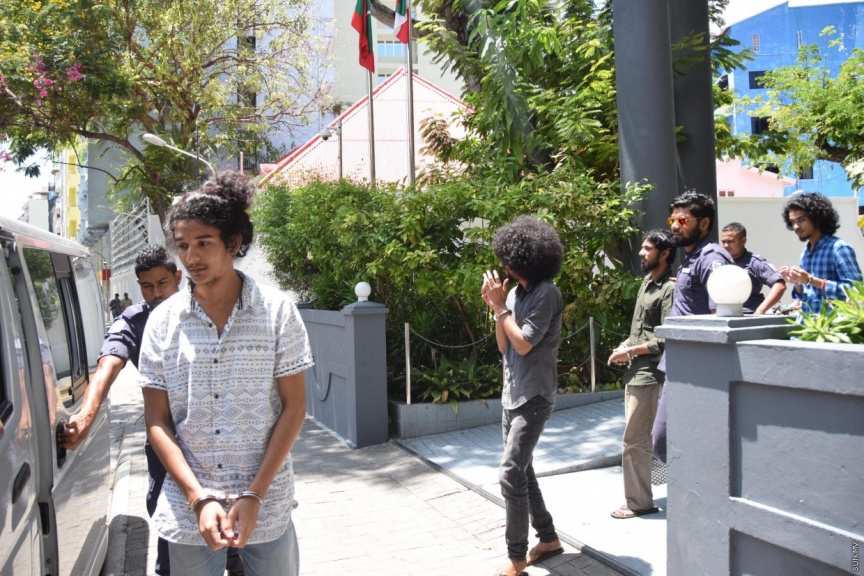 Those charged with terrorism for allegedly attempting to detonate an explosive device outside Muliaage. (Sun File Photo / Ahmed Azif)

The High Court has dismissed the charges against the fourth man charged with terrorism for allegedly attempting to detonate an explosive device outside Muliaage.

However, since then, except for Zihan, the charges against the remaining three were dismissed by higher courts.

In the sentence to drop charges, it was stated that the Criminal Court’s order stating that terrorism was convicted, had been previously dismissed by the Supreme Court.

Hence, in reference to that, the order against Zihan has also been dismissed.

Mamdhooh has been charged with making an Improvised Explosive Device (IED) and planting it on top of the battery of a truck parked in Nooraanee Goalhi near Muliagee – a criminal offense under the Anti-Terror Act.

Ubaid, Zihan, and Tholath have been charged with being accessories to the crime.

The IED was discovered near Muliaage on the evening of November 2, 2015.