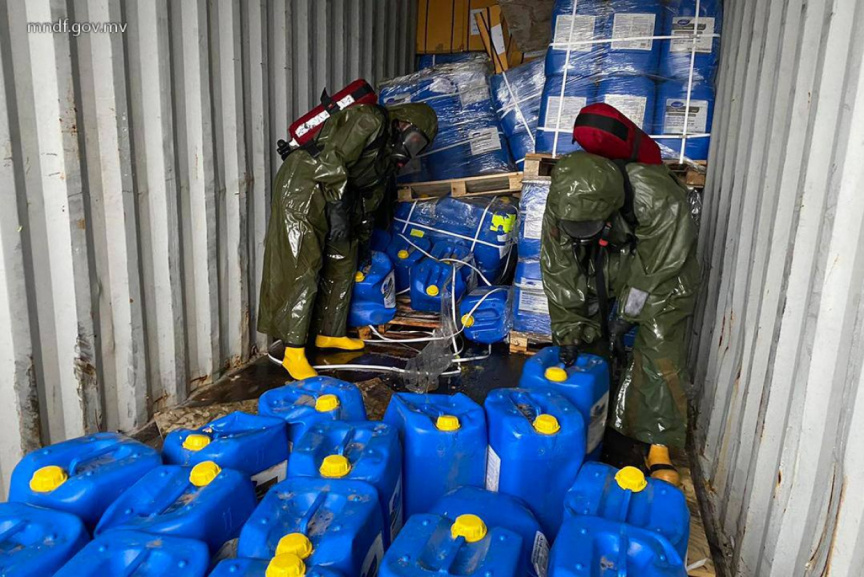 MNDF said that the incident was reported to their Fire and Rescue Service (FRS) at approximately 3:30pm in the evening. Following the report, MNDF said that a hazmat team from FRS attended to the scene and commenced efforts to clean the containers.

Commenting on the incident, Maldives Port Limited’s (MPL) Spokesperson Dhaanish Nizam said that the chemical leak from some containers at Male’ Commercial Harbor was noticed when smoke started began emitting from the containers. He added that the company’s policy in chemical related incidents was to report it to MNDF.

“No employee was injured in this incident,” he also said.