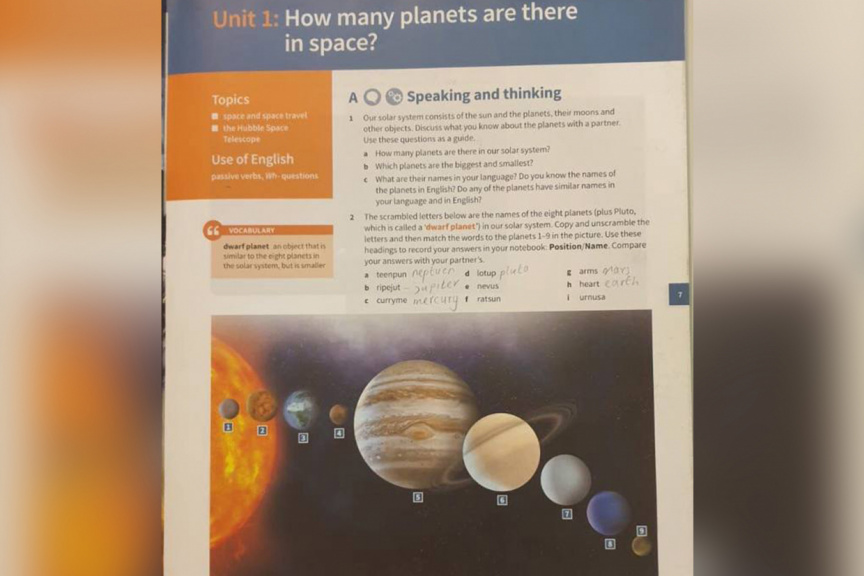 A picture of the amended ‘Introduction to English as a Second Language’ textbook.

Education Ministry, on Wednesday, stated that eight grade's English textbook was amended upon taking of irreligious content in the book.

Education Ministry’s Spokesperson told Sun that the irreligious content was flagged from a textbook being printed and used from 2014 onwards. The Spokesperson added that the content was rectified in the copies of the textbooks that were printed after the matter was brought to the Ministry’s attention.

However, the Spokesperson said that as the stock contained a large number of the old copies – the Ministry had sent those to many schools for distribution to students.

“Schools were instructed to omit the part there were issues. Hence, it is likely that an old photo is circulating,” the Spokesperson had said.

In this regard, the Spokesperson detailed that schools were instructed to remove the seventh and eight page in the textbook, ‘Introduction to English as a Second Language’.

Amendments have been brought to school textbooks previously as well, over such issues.