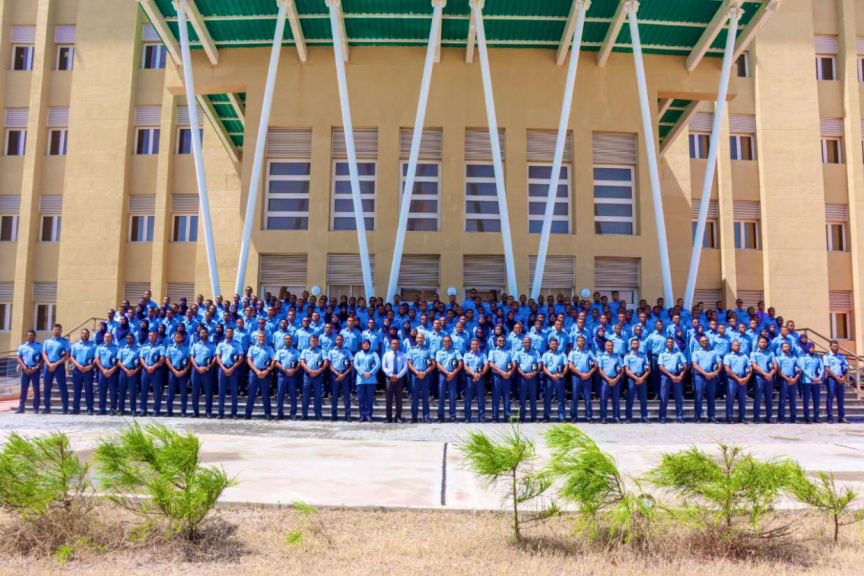 Training has officially commenced at National College of Policing and Law Enforcement developed at Addu City with grant assistance from India.

Via a tweet on Saturday, Commissioner of Police Mohamed Hameed said that the 34th Police Initial Training Course – with a revised curriculum – commenced at Addu Police College with 196 recruits. He added that the course is aimed at preparing the recruits to meet with the challenging policing demands.

Addu Police College was developed for the purpose of training individuals in security and law enforcement areas.

The Indian government invested USD 18 million on the project, which was contracted to India’s Sri Avantika Contractors.

USD 40 million to USD 42 million was approximately spent on the development of this facility.

The facility includes accommodation blocks, a medical clinic, PT ground, helipad training center, an 800-person capacity gym, a football court, a basketball court, a tennis court, a 400-meter track, a 340-person auditorium and classrooms able to house 320 students, by 40 students in each class.

'Work on license issuance for teachers to begin soon'