Ambassador: We believe Maldives will continue to support China’s efforts to defend sovereignty 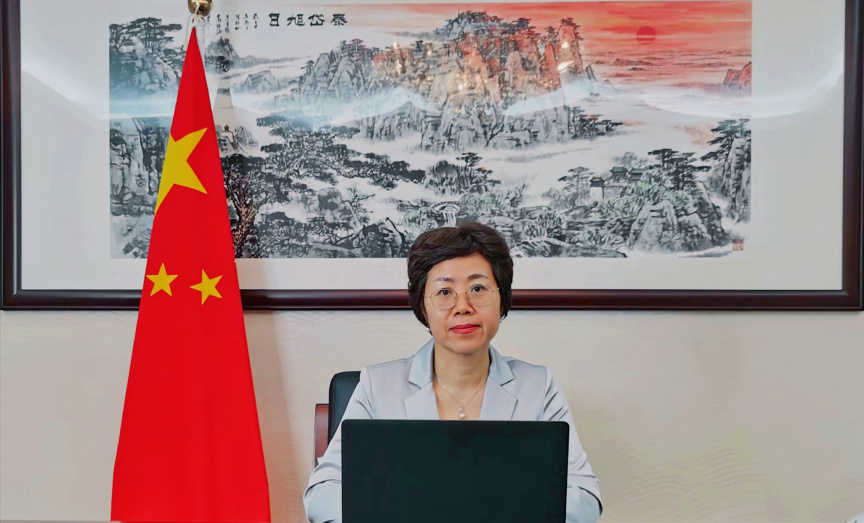 China’s top diplomat in Maldives states the Chinese government believes Maldives will continue to support China in its efforts to defend its sovereignty and territorial integrity.

The remark was made by Chinese ambassador Wang Lixin in a press statement on Wednesday condemning US House Speaker Nancy Pelosi’s visit to Taiwan.

Wang said the visit was in serious violation of the one-China principle and the provisions of the three US-China joint communiqués.

“It has a severe impact on the political foundation of China-US relations, and seriously infringes upon China's sovereignty and territorial integrity. It gravely undermines peace and stability across the Taiwan Strait, and sends a seriously wrong signal to the separatist forces for "Taiwan independence",” she said.

Wang said the one-China principle was a universal consensus of the international community and a basic norm in international relations.

She referred to a joint US-China communique in 1979, which states that the "The United States of America recognizes the Government of the People's Republic of China as the sole legal Government of China. Within this context, the people of the United States will maintain cultural, commercial, and other unofficial relations with the people of Taiwan."

Wang said that the US Congress, as a part of the US government, was inherently obliged to strictly observe the one-China policy of the US Government and refrain from having any official exchanges with Taiwan.

“Since Speaker Pelosi is the incumbent leader of the US Congress, her visit to and activities in Taiwan, in whatever form and for whatever reason, is a major political provocation to upgrade US official exchanges with Taiwan. China absolutely does not accept this, and the Chinese people absolutely reject this,” she said.

Wang warned China would take all necessary measures to safeguard its sovereignty and territorial integrity in response to the Pelosi’s visit.

“All the consequences arising therefrom must be borne by the US side and the "Taiwan independence" separatist forces,” she said.

Wang said that the one-China principle was also the political foundation of China’s relations with Maldives.

“China values its friendship with Maldives and places importance on developing our bilateral relations. The Maldivian government has a longstanding commitment on the one-China principle and does not support “Taiwan independence”. China highly appreciates this position,” she said.

Noting that this year marks the 50th anniversary of the establishment of the diplomatic relations between Maldives and China, Wang said China hoped both sides will uphold the original good will of establishing the diplomatic ties, continue to carry forward the traditional friendship, deepen bilateral cooperation, support each other on issues of respective core interests and major concerns, and work together to further promote development of Maldives-China future-oriented comprehensive and friendly partnership.

We believe the Maldivian government will continue to firmly support China on issues concerning its core interests and support China’s efforts in defending sovereignty and territorial integrity,” she said.

Pelosi is the most senior US politician in 25 years to visit Taiwan. The visit has been the subject of huge international speculation for days.

China: Will work to carry on traditional friendship