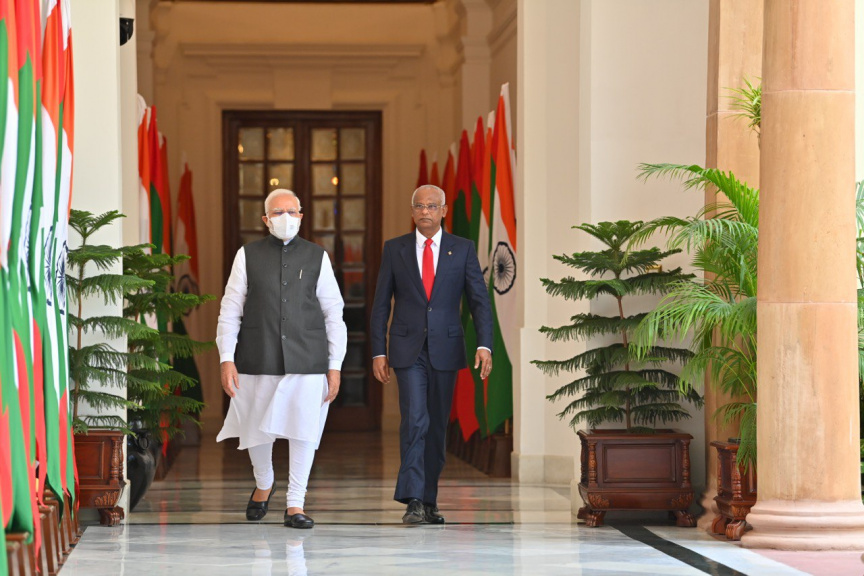 The luncheon was held at the Hyderabad House.

President Solih is in India on a four-day visit at the invitation of PM Modi.

He is accompanied on the visit by a Maldivian delegation of senior government officials and representatives of leading businesses.

He is set to conclude his visit and return to Maldives on Thursday.

President’s Office states the visit to India denotes the close relationship between the two countries.

India has been a key partner in Maldives’ socioeconomic development.