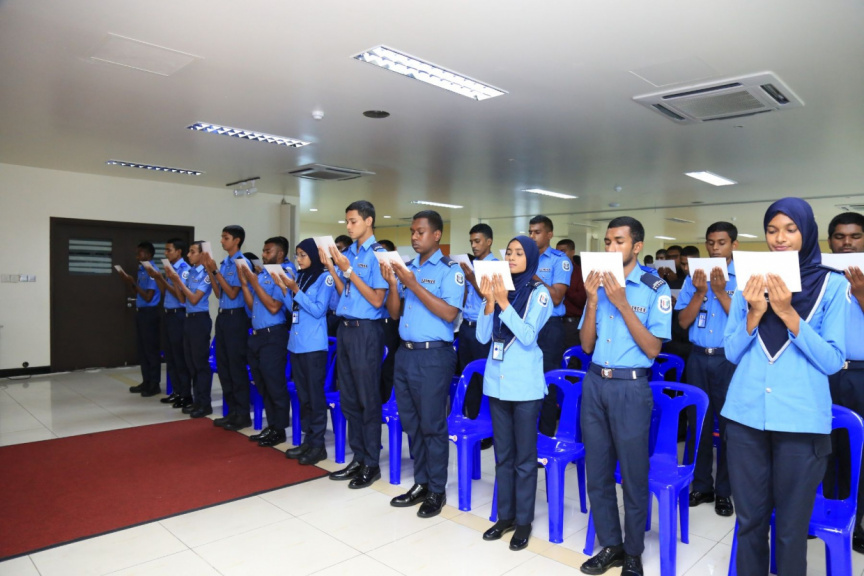 82 new recruits to police service and special constabulary have taken their oath.

Their oath was administered by Civil Court judge Abdul Naseer Shafeeq in a ceremony at the Iskandhar Building in Male’ on Tuesday.