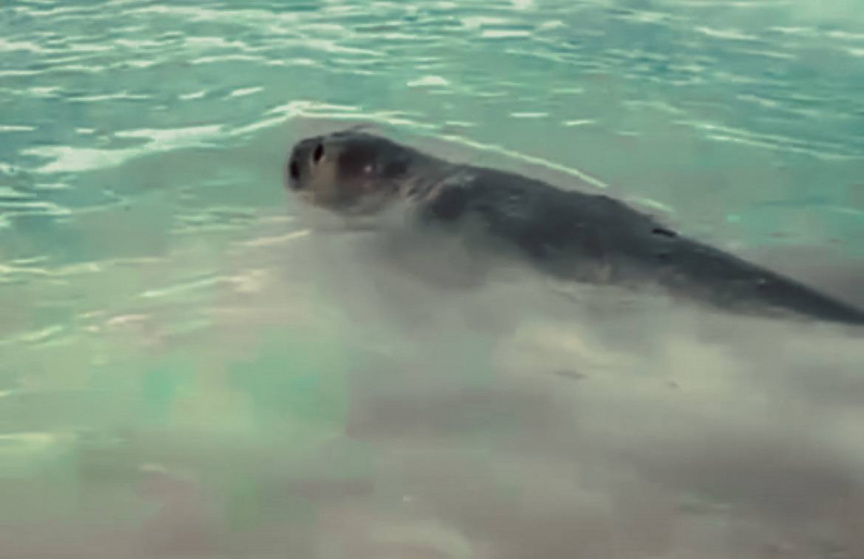 A seal has been spotted in the Hithadhoo district of Addu City.

A local told Sun the seal, measuring approximately eight feet in length, was spotted at the Kanbiha Beach in Hithadhoo on Thursday evening.

The rare sight has attracted a large number of locals.

The local who spoke to Sun said police and soldiers are also operating in the area.