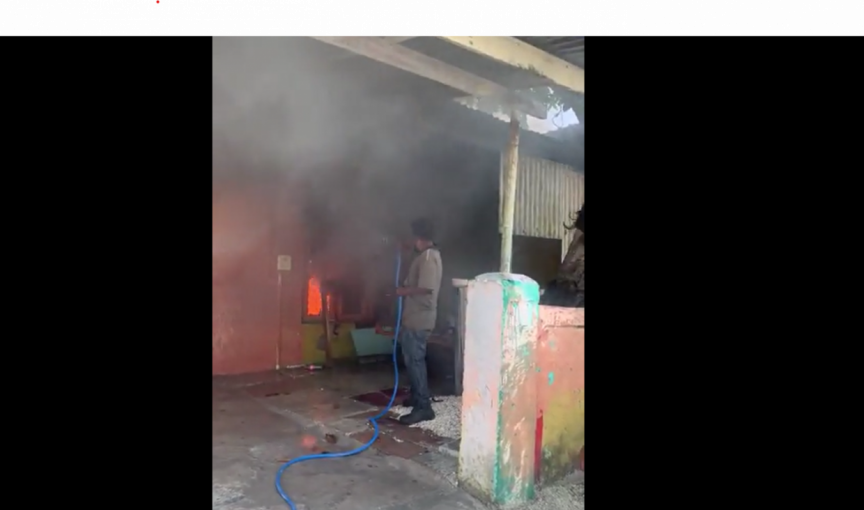 A fire broke out at a home in Addu City’s Hithadhoo on Thursday – resulting in major losses.

Addu City Council’s Deputy Mayor Mohamed Shuau said that incident occurred this afternoon – with the fire starting in one of the rooms in the house.

He detailed that the room had completely burned down in the fire. The fire affected other rooms in the house as well.

“Efforts are underway to arrange temporary shelter for the people residing at this house,” he added.

Shuau said that the fire has now been controlled with assistance from the police. He also stated that no injuries arising from the incident were reported.

Bar at Kottefaru burns down in fire

Fire breaks out in Galolhu home

One room burned beyond use in Ihavandhoo apartment fire