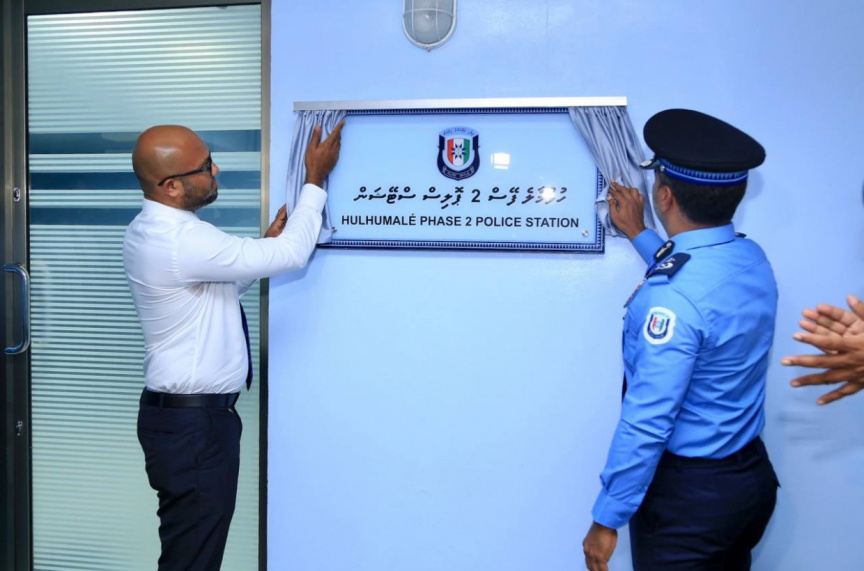 From the ceremony held to officially open the Police station in Hulhumale Phase II. (Photo / Police)

A Police station has been officially opened in Hulhumale Phase II on Sunday.

The station was inaugurated by the Minister of State for Home Affairs Ali Nazeer during a special ceremony.

Speaking at the ceremony, the state minister spoke of the significance of developing security services, and developing a plan to maintain peace in an area as populous as Hulhumal’'.

Police stated that this new station was part of their efforts to provide services to the people from as close as possible.

The new station is located in the Hiya H4 tower.