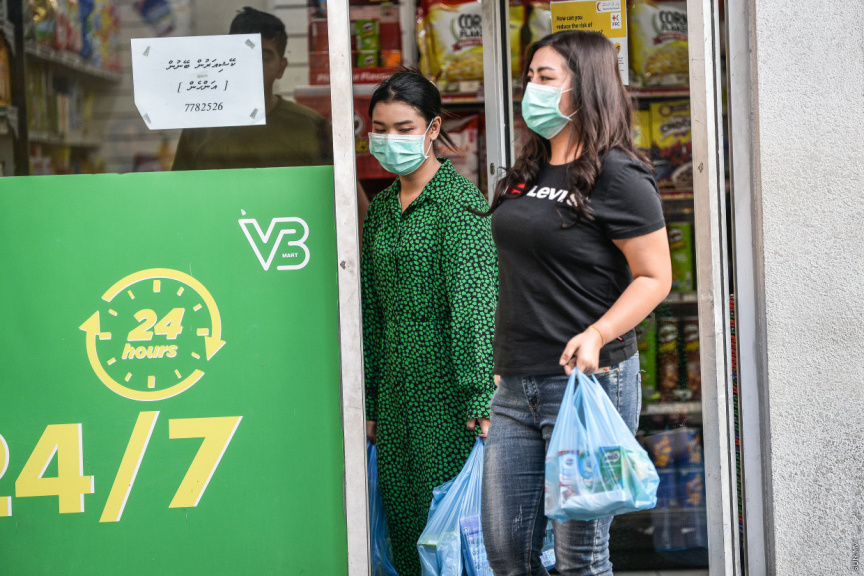 Shoppers are pictured outside an outlet of VB Mart in Male' City. (Sun Photo/Fayaz Moosa)

Lamman said subjects under discussions include proposed changes by the government, which would be publicized soon.

The government discussed making the change within the next six months.

Ismail said businesses needed a year or a year and a half to prepare for such a change.

GST bill to be submitted to Majlis before new session