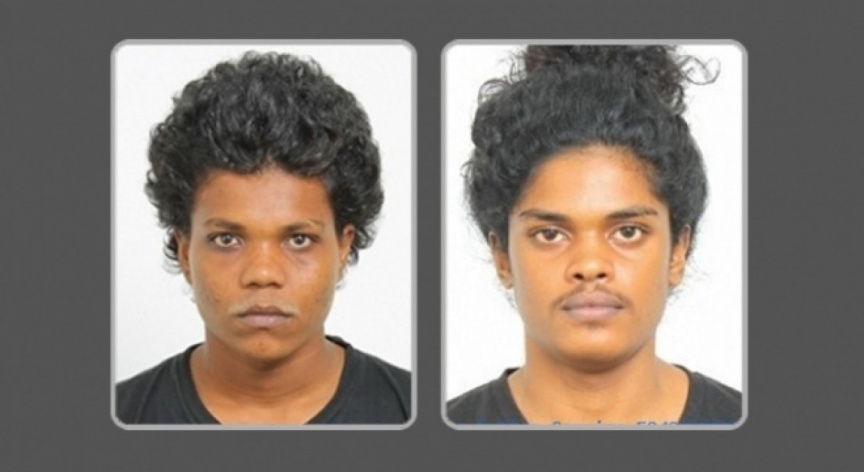 Combined photos of Mohamed Sameeh and Mohamed Shamlu that were charged in the murder of Noor Adam Hassan Fulhu near the emergency gate of IGMH in March 28, 2015. (Photo/Maldives Police Service)

Criminal Court, on Sunday, has sentenced two suspects charged in connection to the stabbing of Noor Adam Hassan Fulhu near the emergency gate of Indira Gandhi Memorial Hospital (IGMH) in the early hours of March 28, 2015, which led to his death.

The charges were brought against them for accompanying then-two minors to the scene of the stabbing.

In this regard, the charge sheet read that it was the minor who was riding with Shamlu on his motorbike that had stabbed Noor.

It further detailed that Noor was stabbed in his left hipbone with a knife measuring in approximately eight inches – whereas the four suspects had fled the scene on motorcycle after the attack.

After analyzing the evidence submitted by the prosecution and the defense – presiding judge in the case, Judge Hassan Saeed, ruled that both Sameeh and Shamlu were guilty of the charges against them.

Judges have the discretion to sentence suspects found guilty of participation in a murder with intention using a sharp object to prison for a length of 15 to 25 years.

In consideration of the fact Sameeh and Shamlu committed one of the highest levels of a criminal offense without regard to a person’s life – Judge Saeed had concluded to give the highest possible penalty. The judgment read that such serious offenses can be decreased when preparatory are given the strictest possible penalty allowed by law.

Therewith, he sentenced both suspects to 25 years in prison.

One of the minors charged in connection to Noor’s murder has been sentenced to death. Meanwhile, the second minor charged was found not guilty by the Juvenile Court – whereas when appealed to High Court, the lower court’s verdict was overruled. Following this, High Court had sentenced the minor to 10 years in jail.