Pakistani chef: Acted in self-defense, unaware knife was in hand 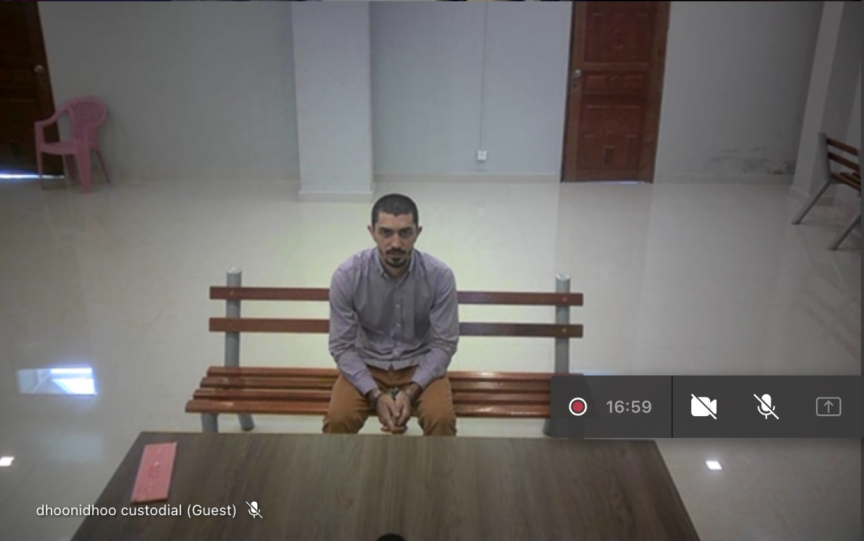 Pakistani chef Muhammed Abid, 26 charged with the murder of a waiter working at the same restaurant as him.

Pakistani chef Muhammed Abid, 26 who has been charged with the murder of a waiter working at the same restaurant as him, said that he acted in self-defence.

The incident took place on June 16, inside Khanji, a popular restaurant in Hulhumale’. The victim was identified by Police as MD Shameem, a Bangladeshi male, and was pronounced dead on arrival at the Hulhumale' Hospital.

The Prosecutor General’s Office has since charged Abid with murder with intent using a sharp instrument.

During the first hearing of the case held on Sunday, after the charges were read out, the defence lawyer stated that his client denies all charges against him.

The lawyer further elaborated that the accused did not act with the intent to murder. He added that during a struggle between the two, Abid suffered a blow to his head, causing him to be disoriented.

“He (Abid) sustained injuries to his face and was not unable to see. (Shameem) was hit when he (Abid) swung his arms out in self-defence. He was not even aware whether he was holding a knife at the time.”

When the charges were denied, the prosecution stated that evidence will be presented, which will prove the charges against Abid. Subsequently, the defence also noted that they have evidence to be presented as well.

Witnesses at the scene claim Shameem sustained stab wounds to his head, neck, and legs. At the request of his family, his body was sent to Bangladesh.

According to Police, Abid had fled the scene after the attack. He was arrested after an hours-long manhunt in the early hours of April 17, at the beach area in Hulhumale’ Phase II.