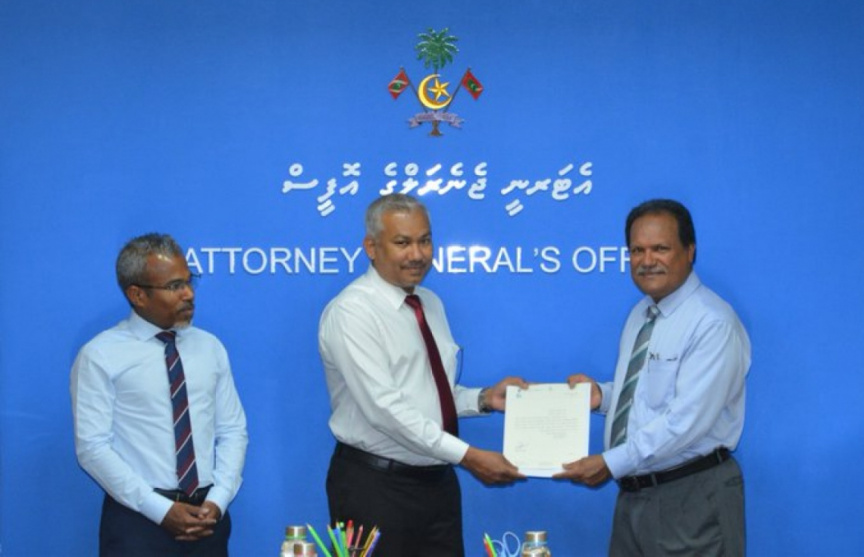 From the ceremony to appoint Shiyaau as the PS of the Attorney General's Office. (Photo / Archive MV)

The Civil Service Commission on the Maldives (CSC) revealed that multiple cases have been filed at the commission against the Permanent Secretary at the Attorney General’s Office Ahmed Shiyaau – asking to dismiss him from the position.

Speaking to Sun, the President of CSC Mohamed Nasih revealed that the cases were filed along with the signatures of numerous employees of the AG office.

Nasih added that details of the case cannot be shared, but the investigation was ongoing as per the commission's regulations.

“For now [I] can confirm that numerous cases against the PS at the AG office have been filed along with signatures of many employees. But for now, more information cannot be shared. We are looking into the details as needed in connection to the case.”

As per information received by Sun the cases were filed for discrimination and taking action against employees in that regard.

Additionally, Sun had come to know that similar cases were filed at the employment tribunal against Shiyaau for discrimination and illegally taking action against employees.

Sources also claim that all of these cases ended in favour of the employees.