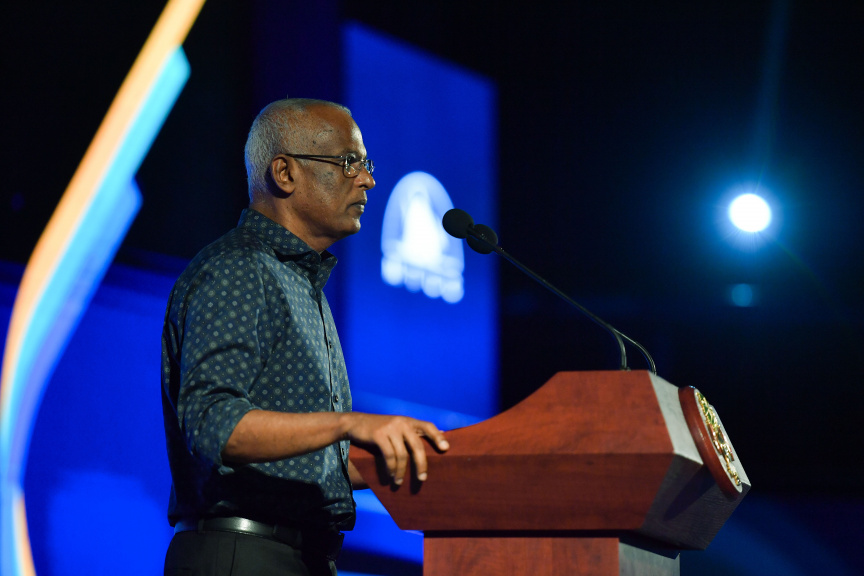 President Ibrahim Mohamed Solih said on Wednesday that residents of the Hiyaa housing units in Hulhumale’ Phase II had filed numerous grievances with his office, and that his administration was closely monitoring the housing situation and continuously addressing their concerns.

He made the remark in his speech during the ceremony on Wednesday evening to introduce Maldives Transport and Contacting Company (MTCC)’s Raajje Transport Link (RTL) bus service to Hulhumale’ Phase II.

President Solih said that the most frequent complaint his office receives was about the rent being too high.

“A want to assure everyone living in the Hiyaa flats that we listen to all your complaints and are continuously addressing your concerns.”

President Solih said his administration had been working hard to establish essential services required by the residents of Hulhumale’ Phase II, including the development of new schools, mosques, healthcare facilities and roads.

“The administration has decided to build eight schools and two more preschools in Phase II. One school and two preschools have already been opened,” he said.

President Solih said that the development of a mosque that can accommodate 3,000 worshippers was already in progress, and that that the administration planned on opening a hospital, three clinics and a pharmacy to provide healthcare services to residents of the area.

The tenants received the flats with the finishing work incomplete, resulting in them having to install doors, tiles, lights, fans, and fixtures at own expense.