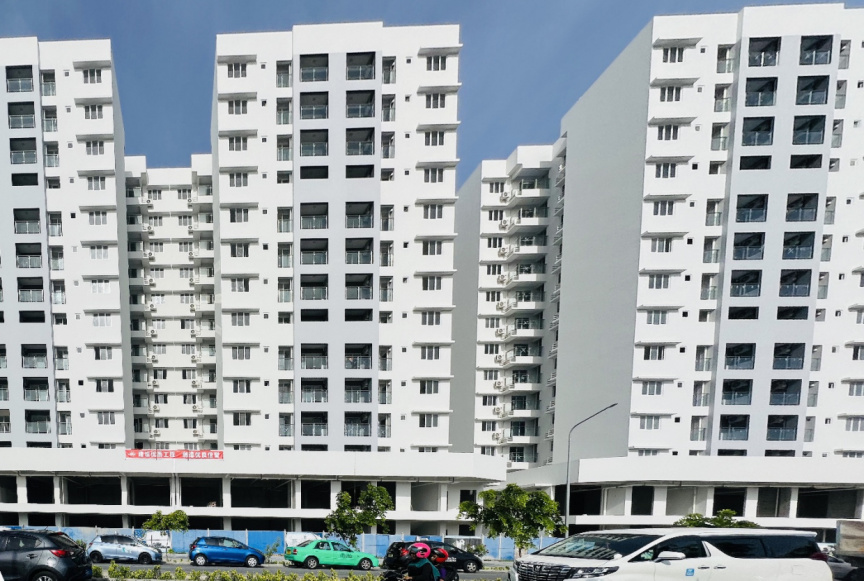 Ministry of National Planning, Housing and Infrastructure announced on Tuesday that only those with a monthly income below MVR 61,000 will be eligible to apply for the Vinares flats.

Speaking on a tv programme aired by TVM, Senior Executive Director at Planning Ministry Mohamed Athif said that when setting requirements to apply for the flats, a certain income limit was placed to ensure that those who financially deserved the flats were able to get them.

Also speaking on the same programme, the Senior Sales Office at Hulhumale Development Corporation (HDC) Aminath Fanan Habeeb said that financial background checks will depend on how an individual chooses to pay for the flat.

Further explaining this, she said that for instance, if someone chooses to pay with a financial scheme from a bank or another financial institution, those places will be the ones to conduct the financial analysis.

Meanwhile, if an individual opts for HDC’s payment methods, they will check if the person’s income allows them the capability of paying the monthly set amount. Hence, salary statements will need to be submitted to HDC.

“Documents such as salary statements that prove income need to be submitted. Income earned through businesses, company partnerships, and freelance works will also be considered by us [HDC].”

After reviewing all the documents, if the amount that needs to be paid for the flat and other loans is not greater than half of an individual’s income, then they will be considered for the flat.

Additionally, she stated that if those conditions are not met, an additional person can partner participate in paying the amounts needed.

“[The partner] will also need to meet all the eligibility requirements. That person should also not have land over 600 square feet to their name in Male’. They should also not be someone who sold previous housing granted to them.”

Moreover, she noted that such a partner can only be a parent, spouse, sibling, or child.

1,344 apartments were built in ten towers under the project.

The apartments on the second floor were developed with terraces.

The ground and first floor of the towers are designated for commercial space. Spaces are allocated for offices, ATMs, cafes and restaurants, and retail stores.

HDC states that additional services will be provided based on demand.

The apartments come with tiled floors, AC systems in living rooms and bedrooms, fittings and fixtures in toilets, cupboard sets and counters in kitchens, and space in balconies to put washing machines.

However, the apartments will not come furnished, said HDC.