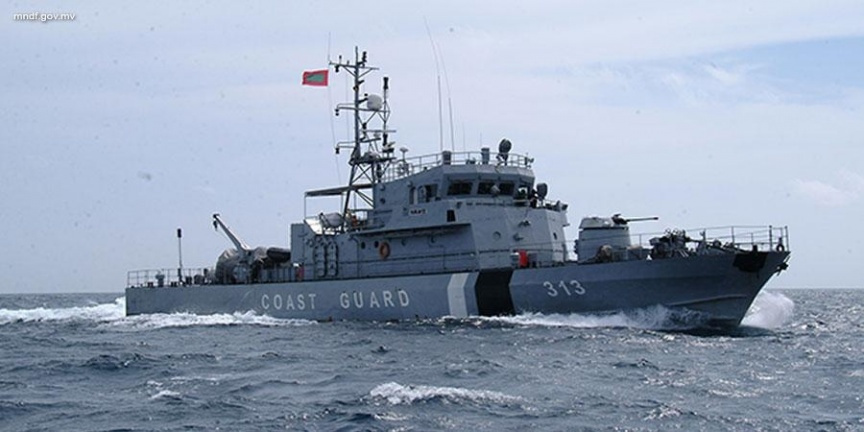 A vessel of the MNDF Coast Guard. (Photo/MNDF)

A vessel from Sri Lanka illegally fishing in Maldives was captured early Tuesday.

According to the Maldives National Defence Force (MNDF), reports of a vessel illegally in the Maldivian waters were received by Coastguard ship Huravee at 05:19 PM on Monday, June 6.

MNDF further revealed that they were able to locate the fishing vessel at about 01:27 Am on Tuesday.

The vessel was captured 76 nautical miles outside of M. Muli.

While there were six aboard at the time of capture, they are all travelling to L.Kadhdhoo with Coastguard.

Additionally, MNDF stated that the illegal vessel was reported by ‘Alamoo 2’ dhoni.