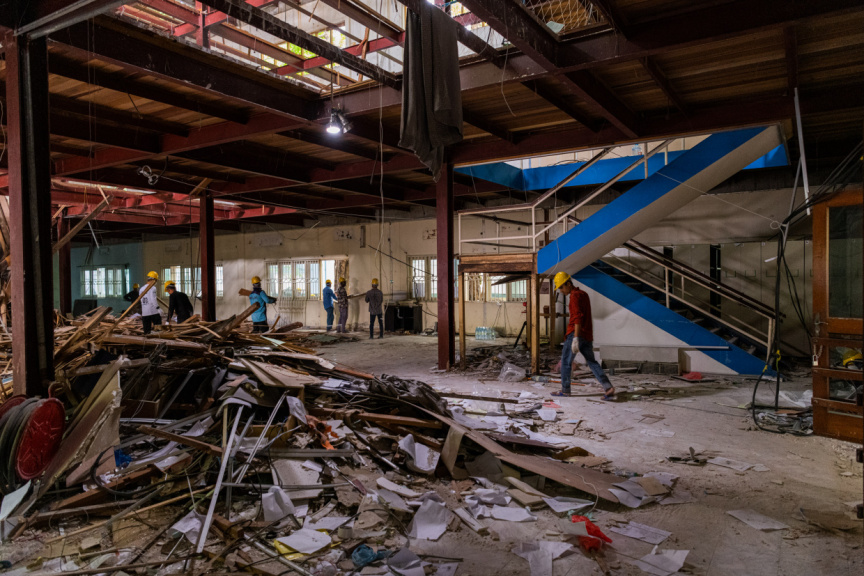 Huravee Building had previously housed state offices such as several units of the Male’ City Council, the Anti-Corruption Commission, and Transport Authority.

Planning Ministry had decided to vacate the building back in 2019, but the work got delayed following challenges in relocating the offices.

State Minister for Planning Ahmed Akram told Sun on Tuesday afternoon that the building will give way to a public park and a parking zone.

Construction of Huravee Building had begun in the 1970s, during former president Maumoon Abdul Gayoom’s first term. The building was opened during his second term.

Huravee Building, which had once housed key government offices, was repeatedly repaired and renovated.