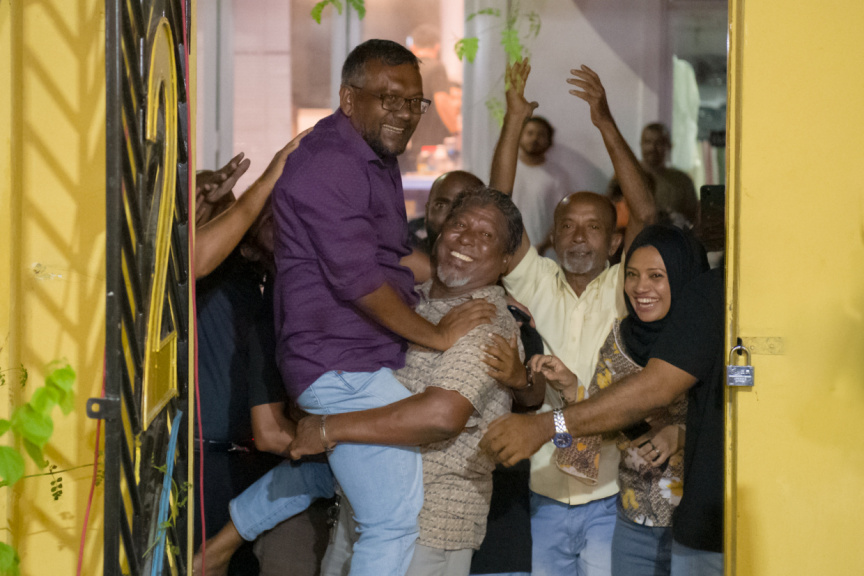 Statistics received by Sun show that Fayyaz won with 58 percent of votes, while his opponent got only 42 percent of the votes.

Notably, Imthiyaz won some regions like Male’ and Fuvahmulah where there are more MDP members.  Meanwhile Fayyaz was leading in Addu, Huvadhoo and Kulhudhuffushi.

Along with Fayyaz, Parliament representative for Meedhoo, MP Rozaina Adam has been elected as the President of the MDP's Women's Wing.

Fayyaz and Rozaina led a joint campaign under the slogan ‘Hingaalan’.