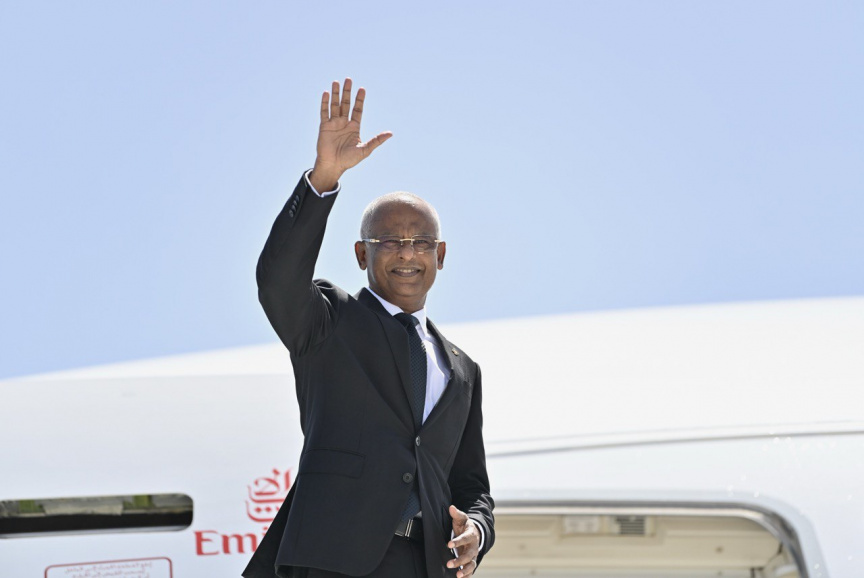 President Ibrahim Mohamed Solih departing to UAE for an official visit on May 15, 2022. (Photo/Presidents Office)

He is undertaking this visit to convey his condolences and sympathies to the family of His Highness Sheikh Khalifa bin Zayed Al Nahyan, the late President of the UAE, Emir of Abu Dhabi, and Supreme Commander of the UAE Armed Forces.

According to the brief annoucment by the government of UAE, the late President passed away on Friday afternoon at the age of 73. Subsequently UAE’s Ministry of Presidential Affairs announced a 40-day period of mourning and a three-day suspension of work across the government and private sector, including flags to be flown at half-staff.

President Solih declared that the Maldivian flag would also be flown at half-mast from May 14-16 for a three day mourning.

According to the President's Office, the President will return to Maldives on Monday, May 16, after concluding the visit.