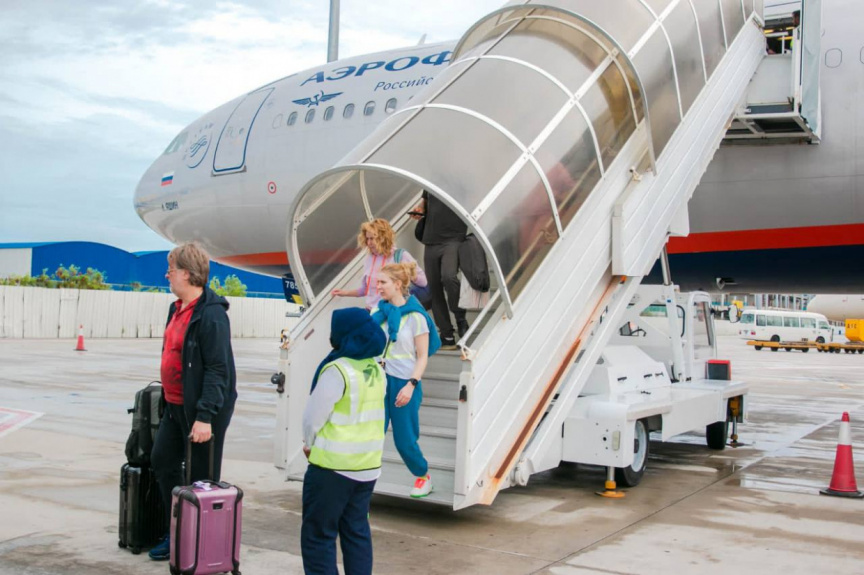 Passengers disembark from an Aeroflot flight at the Velana International Airport on May 14, 2022.

Russia’s flag carrier Aeroflot resumed direct flights to Maldives on Saturday, after the suspension of operations due to the Russia-Ukraine war.

Travel agencies reported that approximately 80 percent of seats on the resumption flight, which landed at the Velana International Airport at 08:15 am, were booked.

Aeroflot operates a daily 300-seat flight between Male’ and Moscow.

It is the only airline that operates direct flights between Maldives and Russia.

Up until Aeroflot had suspended flight operations to Maldives on March 8, Russia had been the top source market for tourist arrivals to the Indian Ocean island nation.

Tourist arrivals from the Russian market had dropped by 70 percent after the airline suspended its operations, pushing the market down to third top source of tourist arrivals to Maldives.

Russian market made for 9.7 percent of total tourist arrivals to Maldives this year, as of May 10.