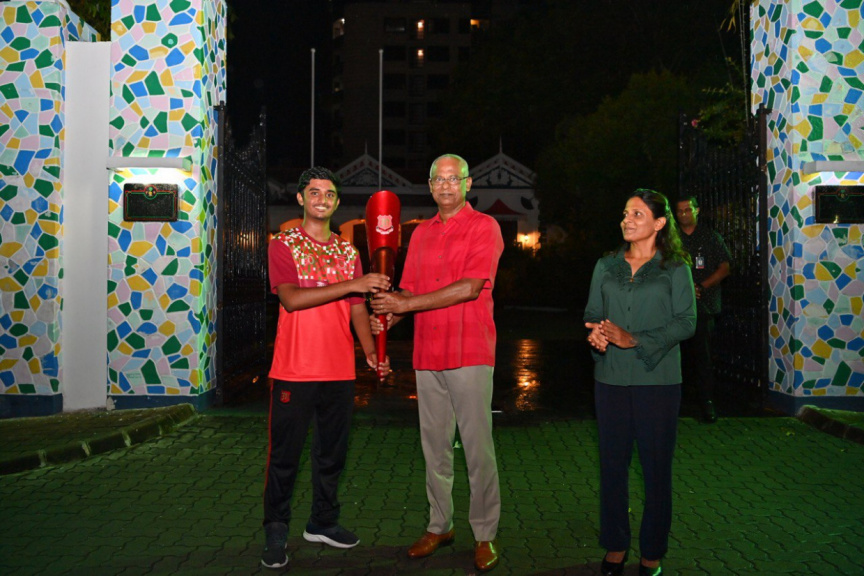 President Ibrahim Mohamed Solih and First Lady Faza Ahmed, on Friday, has participated in the torch relay held to mark the start of the ‘Majeedhi Run’.

‘Majeedhi Run’ is an event being held as part of Majeediyya School’s 95th-anniversary celebrations and to kickstart the countdown to the school’s centennial anniversary.

In this regard, President Solih was passed the torch by the school’s captain, after which he handed over the torch to the president of the steering committee of the event, Ibrahim Ismail.

Majeedhiyya School’s management also presented the President and the First Lady with invitations to participate in the run and designated event jerseys.