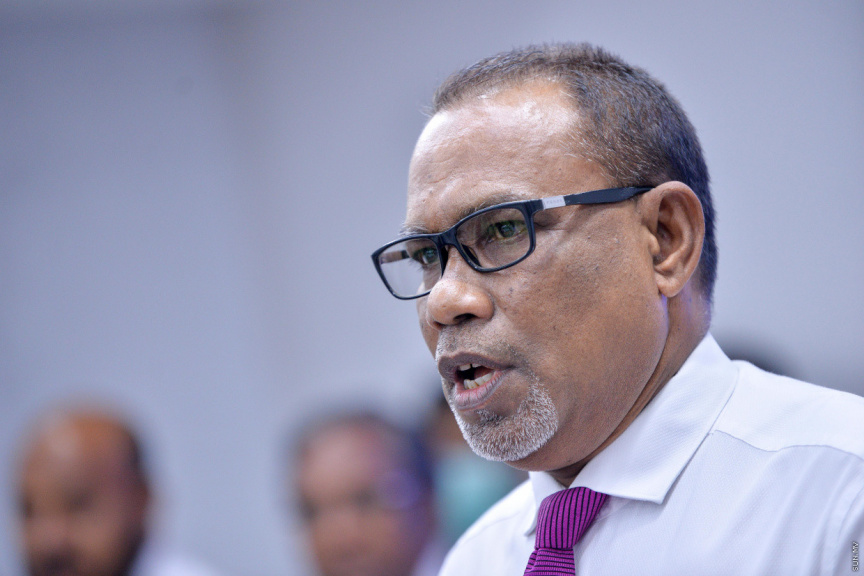 PNC leader Abdul Raheem Abdulla (Adhurey) complained on Thursday that the current administration did not treat the security of the leader of the opposition PPM-PNC coalition, former president Abdulla Yameen Abdul Gayoom as a priority.

The complaint comes after social media account Maldives Youth Force threatened to ‘size’ Yameen, and the garage gates of his residence in Male’ City was vandalized with graffiti, calling for his arrest.

Adhurey expressed concern over the incidents in a press conference held by the opposition coalition on Thursday afternoon.

Adhurey said that authorities had get to take action in response to the threats against Yameen, despite the issue being brought to the attention of the police, MNDF, and parliament.

“When we look into the circumstances surrounding these incidents, we see the current administration has grown extremely neglectful of President Yameen. That they don’t prioritize his security. We say this because we are extremely concerned,” he said.

Adhurey said the current administration’s treatment of Yameen was of great concern to the PPM-PNC coalition, and their supporters.

“We call on the government today. Don’t do this. Do what you are legally mandated to do in accordance with the law. Ascertain President Yameen’s safety and security for us,” he said.

Adhurey also announced that a gathering would be held at the PPM center later in the evening.