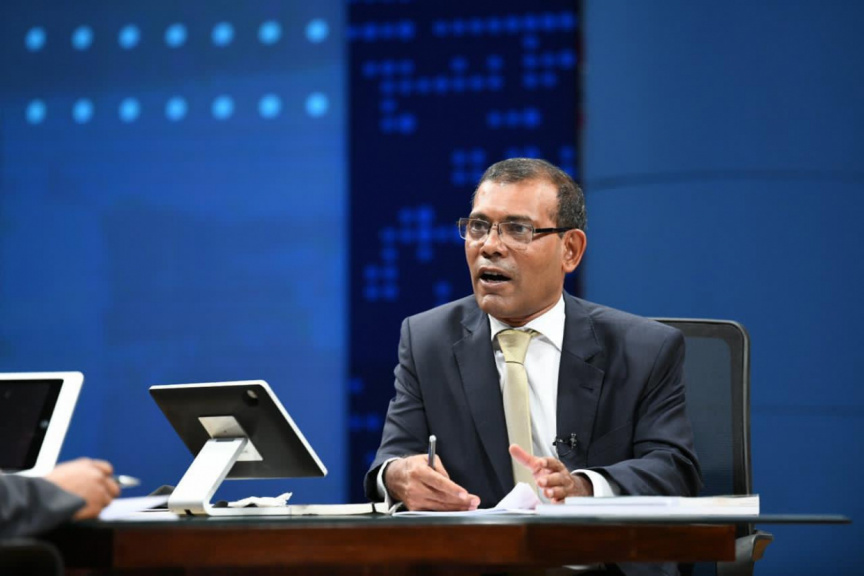 Maldives Police Service has refuted Parliament Speaker, former President Mohamed Nasheed’s claims that Ahmed Fathih, arrested in connection to the IED attack outside of his residence on May 6 of last year, was serving as a police officer at the time of the attack.

In a statement released on Monday night, the Police stressed that Fathih was not an officer on May 6, when the terror attack took place, nor when he was arrested in connection to the case.

However, the authority confirmed he had been employed as a police officer previously – adding that he had voluntarily resigned from his post.

In this regard, they detailed that Fathih has joined Maldives Police Service on November 25, 2018 – whereas he resigned on February 3, 2021.

Although Fathih was arrested in connection to the terror attack against Speaker Nasheed, he was released on August 6, 2021, as the Prosecutor General’s Office had concluded not to charge him over the case citing lack of evidence. Nevertheless, Prosecutor General Hussain Shameem has previously stated that the investigation against Fathih would still proceed despite his release.

Tweets recently made from an account that is presumed to belong to Speaker Nasheed heavily criticized the Police regarding Fathih’s release.

The tweets also alleged that Fathith was employed in Maldives Police Service at the time of the attack – stressing the matter should be probed by the Police.

Fathih was the fourth person arrested by the Police in connection to May 6 terror attack. He was arrested at B. Dharavandhoo, on May 19 and was accused of having physically aided in executing the attack.