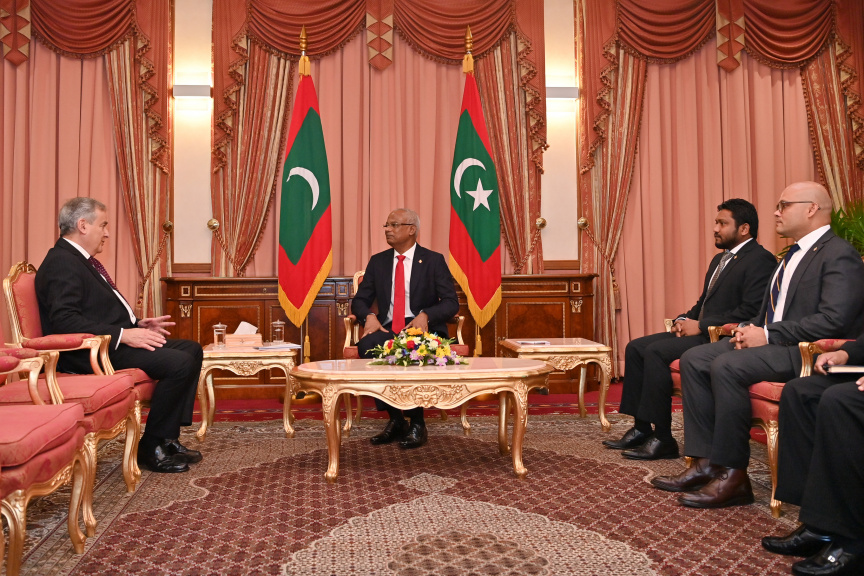 Brazil has pledged a donation of 80,000 doses of vaccines to Maldives.

The donation was announced by the new Brazilian ambassador Sergio Luiz Canaes, after the ceremony on Monday to present his credentials to Maldivian president Ibrahim Mohamed Solih.

In a meeting after the presentation of credentials, President Solih and Ambassador Canaes spoke extensively on further strengthening Maldives-Brazil relations and cooperation in other mutually concerning issues.

Canaes expressed gratitude for the Maldives’ support and cooperation with Brazil on the international stage.

He announced that a donation of 80,000 doses of vaccines from the Ministry of Public Health under Humanitarian Cooperation of Brazil to the Maldives would be dispatched later this month.

He also congratulated Ambassador Canaes on his appointment, and noted that this year marked the 34th anniversary of the establishment of diplomatic relations between the two countries.

He highlighted on the close ties between the two countries, and extended his assurances Maldives will continue to foster the relationship.

President Solih and Ambassador Canaes discussed a wide range of topics, including the COVID-19 pandemic, trade, economy and commerce, tourism, climate change and sustainable development, and other issues of global concern.

Discussing the effects of climate change on livelihoods, food security, development, and existence of the Maldives and its people, President Solih stressed the need for urgent climate action.

He extended his gratitude for Brazil’s support to Maldives during the COVID-19 pandemic.

President Solih also spoke with the Ambassador about increasing the number of tourist arrivals from Brazil.

Concluding the meeting, both President Solih and Ambassador Canaes reiterated their commitment to further reinforce Maldives-Brazil relations and strengthen cooperation on the international front.