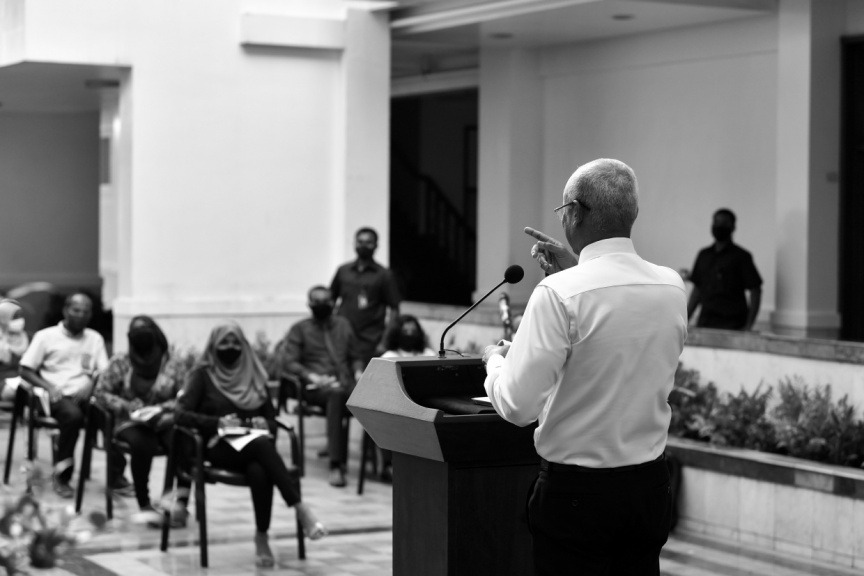 President Ibrahim Mohamed Solih, on Tuesday, has stated that his administration has ensured full freedom to Maldivian media outlets during a time they were faced with extremely rigid constraints – expressing his content regarding the matter.

In a statement released on the occasion of World Press Freedom Day, President Solih underscored that Maldives was ranked highest in the South Asian region for press freedom indexes.

With reference to the fact, he expressed content with results of ensuring full freedom to the media in the Maldives and reaffirmed his administration's commitment to press freedom and a conducive environment for information sharing.

“In this opportunity, (I) guarantee complete freedom pertaining to dissemination of news and information and the right to information for local journalists and Maldivian citizens in the future as well – in conformation to the government’s pledge to ensure press freedom,” he had said.

President Solih further stated that ensuring the opportunity of press freedom is mandatory in making the government more responsible and enhancing democracy – adding that it was also important to combat corruption and misconduct.  He added that responsible journalism is being witnessed due to the independent environment created.

“Educating the public on possible gateways to corruption with the governing system through the right to information is of significant assistance in implementing the government’s policies to combat corruption,” he had said.

He also said the past three years’ experience has proven that responsible journalism seen in democratically developed nations can only be attained by giving complete freedom to the media instead of construing them.

In concluding his statement, President Solih said reminded journalists of their national responsibility to disclose legitimate information and protect people from slander.

Since 1993, May 3rd is marked every year as World Press Freedom Day. This year’s theme for the day is ‘journalism under digital siege’.

Protests near Yameen's residence calls for his arrest