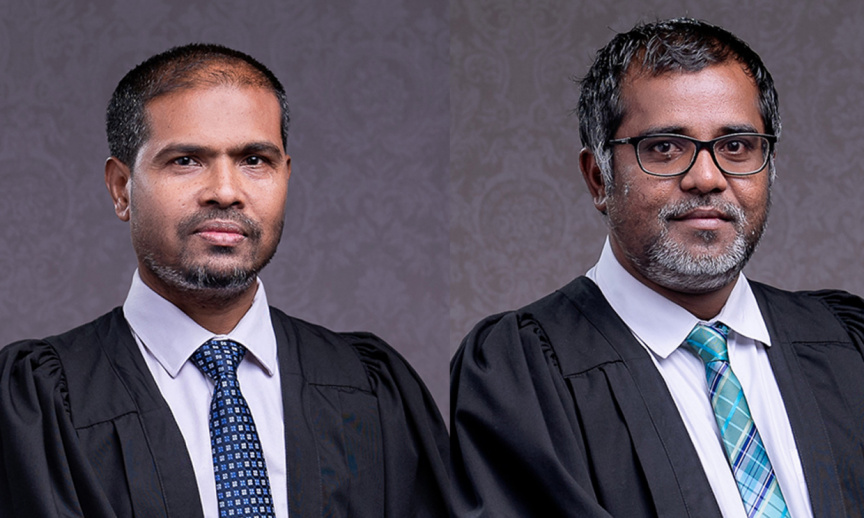 The Judiciary Committee of the Parliament on Tuesday questioned the Judicial Service Commission’s (JSC) decision to dismiss two judges of the High Court.

As per JSC, the dismissal of Judges Abdulla Hameed and Abdul Rauf Ibrahim was in connection to their violation of Article 152 of the Constitution by directly accepting flats granted as an allowance from the government, without any involvement of the Parliament. The commission noted that this was a violation of the constitution, and against the code of conduct for judges.

The dismissal was forwarded to the Parliament by JSC.

The Judicial Committee held a session on Tuesday to study the dismissal. During this session, the chair of the committee Fonadhoo MP Moosa Siraj revealed that a letter was sent to the committee by the judges in question.

MP Siraj further said that they have looked into the contents of the letter as well as the submissions from JSC. He added that two things needed further clarification.

“[we] highlighted that in order to investigate this case, at first a three-person committee was brought together. The first report [from the investigation] noted that there was no issue with [their] code of conduct, and all committees unanimously passed not to take any action.”

He went on to note that after one of the original committee members resigned, changes were brought to membership, after which another report was drawn up.

Hence, MP Siraj said that further clarification from JSC was required on why the already complied report changed after a minor change was made to the committee investigating the case.

Moreover, those receiving the charges were never granted an opportunity to present their case, though the JSC regulations dictate it must be done.

“However, the judges note that the opportunity was not granted. Since they are highlighting this, we believe that it would be good to clarify these things.”

IN addition to this, MP Siraj stressed that on previous occasions, judges who were awarded flats in similar circumstances were given the chance to respectfully retire by JSC.

He suggested sending a letter to JSC asking for clarification of the aforementioned three things.

The third judge who is involved in the case apart from the two names forward to the Parliament, Judge Ali Sameer has recently put forth his resignation.

JSC commenced its investigation into this case in January 2022.

Asia’s Diplomat of the Year award to Dr Farah Faizal