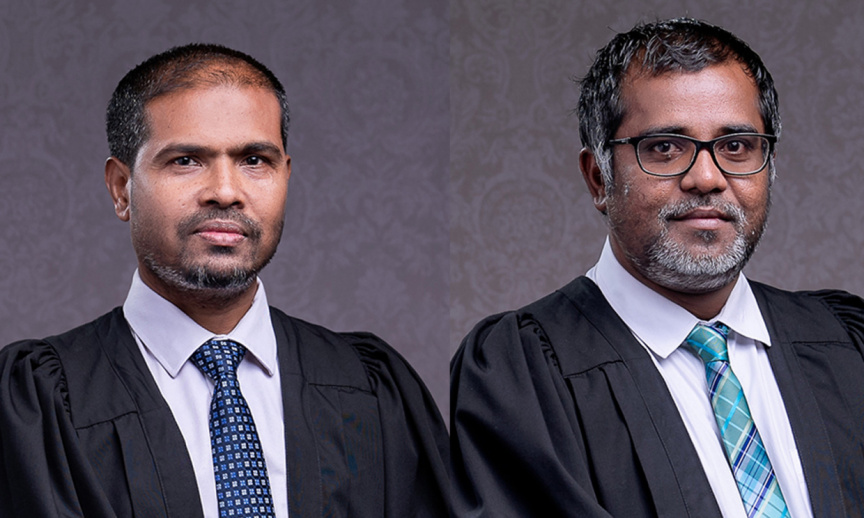 The decision by the Judicial Service Commission (JSC) to dismiss two High Court judges has been sent to the Parliament’s Judiciary Committee for review.

JSC submitted the decision to dismiss Judge Abdulla Hameed and Judge Abdul Rauf Ibrahim to the Parliament for approval on April 20.

The decision was sent to the Judiciary Committee for review on Monday.

The role of the Judiciary Committee is to determine whether the JSC followed the correct procedure in reaching the decision, and forward it to the parliament floor for a vote.

JSC said it made the decision to dismiss the two judges as they accepted apartments they received as direct government incentive, in violation of Article 152 of the Constitution and without any involvement from the Parliament.

JSC began investigating the case back in January.

Rauf attained his law degree from the International Islamic University of Malaysia. He previously served as a member of the JSC, and is the High Court’s representative in the Council of Appeals of Judges.

Meanwhile, Hameed attained his higher education in law and sharia at the Al-Azhar University of Egypt. He, too, previously served as a member of JSC.

If the Parliament approves the dismissal of the two judges, the number of judges at the High Court will be cut down to eight.